Animal rescue during a pandemic 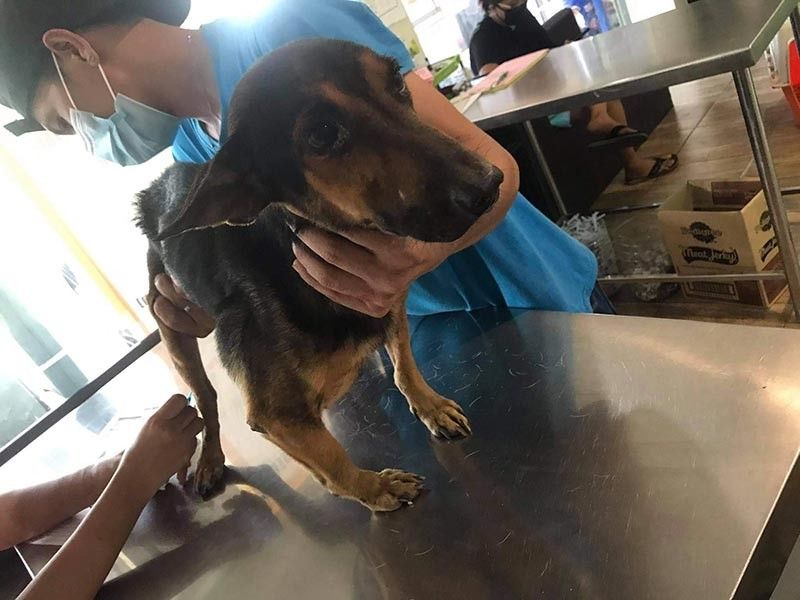 RESCUED. Kaloy, one of Pet Avenue’s rescues in November 2020, has a lump on his chest resulting in difficulty breathing. He also needed blood transfusion and surgery. (Photo by Pet Avenue) 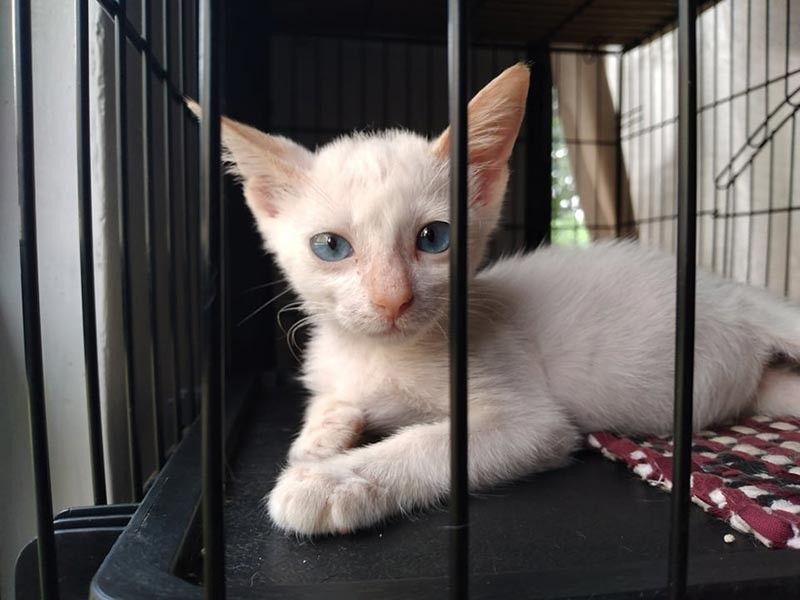 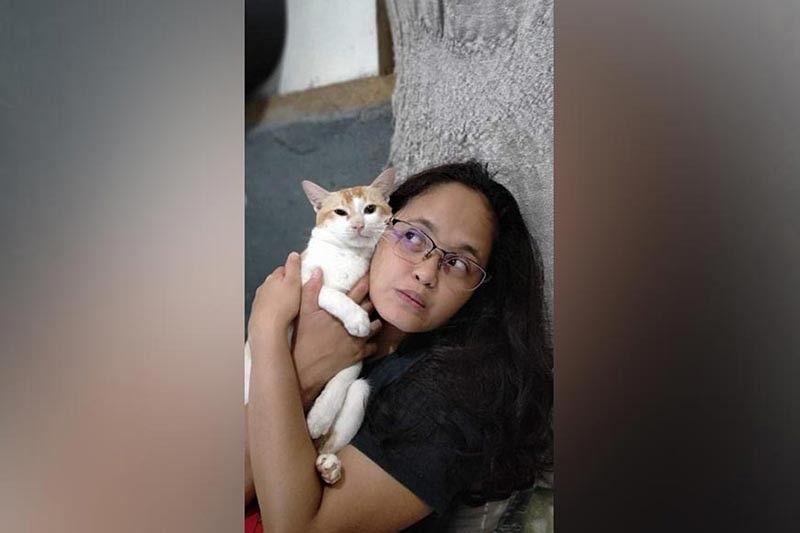 WITHIN just two years, there had been a number of reported cases of animal cruelty in Davao City in the form of poisoning, hitting that resulted in severe wounds and abandonment.

It’s quite ironic, to say the least, as Filipinos had long since been taking care of cats and dogs as domesticated pets. And yet, there are still records of irresponsible and cruel pet ownership year after year.

In an interview with Bantay Hayop Davao – Animal Watch President Rovie Bullina on Davao City Disaster Radio (DCDR 87.5 FM) on December 16, 2020, this can be attributed to how Filipinos view Aspin (Asong Pinoy) in comparison to dogs with breeds.

Bantay Hayop Davao is a volunteer group that does animal rescue and public talks on responsible pet ownership. Their rescued animals are up for adoption once they have assessed that the interested individual or family is responsible and capable enough. However, Bullina said instead of adopting the dogs as they are – rescued and needing a home – others choose the breed.

(Some ask if we have Labradors. The adopters look for specific breeds. They don’t like Aspin because it had been a status symbol in the Philippines. Hopefully, that mentality would be changed. The solution [to animal cruelty] lies not on the City Vet. The entire solution lies on the public, the owner.)

As they continue to spread awareness that animals need compassion from humans, Bullina said homeowners and guards in exclusive subdivisions can also be given training on proper handling of stray animals coming into the compound. This after four dogs were reportedly poisoned by San Pedro Village security guard on December 14, 2020, as some of the homeowners complained of noise.

It must be noted, however, that animal rescue groups in Davao City do the rescuing voluntarily without compensation. They rely on donations and, in most cases, their own money.

Another volunteer pet rescue based in the city is Pet Avenue, founded by Sheena Garde Lumayaga.

In an interview with SunStar Davao, she said they started as a pet shop selling animal food and accessories but ended up rescuing animals in the process. More and more Dabawenyos learned about their advocacy of rescuing animals and would sometimes message and tag them online photos of distressed dogs or cats in the city.

As many Dabawenyos are genuinely concerned about the welfare of the stray cats and dogs, she said some of them do not personally rescue the strays they see on the road and just rely on the volunteer animal rescue groups such as Pet Avenue.

Currently, Pet Avenue has more or less 70 rescued cats and dogs which are now distributed at the Pet Avenue shelter and houses of the volunteers.

Stray animals during the quarantine

Lumayaga shared that before they rescue a stray animal, they would first feed it regularly by leaving food in areas that the animals are usually seen in. This is what Bullina calls the "feeders," those that look after the welfare of stray animals by regularly feeding them but not taking them into their own homes.

Lumayaga said when the quarantine started, they noticed more and more hungry stray animals as some of the eateries or carinderias decided to temporarily close down. The eatery owners feed these animals leftovers, but since the pandemic, food became a bigger challenge for the stray animals.

Pet Avenue takes in rescued animals as much as they can. But the biggest challenge they encounter so far is on logistics and transportation. They are currently saving up for a rescue van. They sell animal earwash, shampoo, soap, and rawhide, among others. There are also a few followers who donate to Pet Avenue. Currently, they have more than 60,000 organic followers on Facebook.

She said when they rescue animals, they bring them to the vet clinic and have them undergo initial lab tests that cost more or less P5,000. To prevent possible infection and contamination among other animal rescues, they make sure that the new rescues undergo all the needed lab tests for immediate intervention.

She narrated that they once rescued a dog named Wednesday. The dog was sent to a veterinary clinic in General Santos City for a needed surgery and other medications. Pet Avenue had feared her total bill summed up to more than P100,000. Unfortunately, Wednesday died on December 26. They are still figuring out ways to come up with the amount.

Aside from pet rescue groups, there are also individuals compassionate enough to take stray animals they see on the streets under their care.

Archristine Saragena recalled how a stray kitten, together with four other stray kittens from a different mother cat, would frequent their kitchen and steal their food. When the cats see Saragena, they would run away leaving one kitten behind. This kitten, which Saragena and her family later named Bode, was very tame and would let them pet him.

“Bode was very tiny when we first saw him. He had a big tummy, which means he was never dewormed. He also had teary eyes. He also had a lot of lice that made him very uncomfortable. It was also very noticeable that he did not eat as frequently as he should because he was skinny,” she said. She added that by March 2020 when they needed to transfer house, they decided to adopt Bode seeing him very weak already. The mother cat was nowhere to be seen as well.

There were challenges, but they eventually realize how Bode communicates his needs.

For Jyde Reyes, adopting a stray cat during the quarantine was a beautiful thing amid a lockdown when “everyone seemed lonely and uncertain.” She started rescuing cats when she was in college. They first heard a distressed meow around May 2020 and eventually traced it to a cat on an empty lot beside the house they’re renting. The cat was healthy and had no complications, unlike the previous cats she rescued in the past.

“Upon taking in a new cat, thankfully, all my rescues just come in and plop down and go to sleep. There is no adjustment period. Even my old cats are used to seeing new kittens every now and then. Although sometimes, they’re aggressive but just over normal cat things,” said Reyes.

Unknown to many Dabawenyos, police stations in Davao City have animal welfare desks. This is a service exclusive only to Davao City.

Aside from educating Dabawenyos of the presence of animal welfare desks, she said pet owners must also be aware of their responsibilities and that animals have needs too.

Section 7 of City Ordinance No. 1457 says “Dogs/Cats shall be considered stray if they are not accompanied by its owner and found wandering in streets, plazas, markets, school premises, and other public places.” The impounding fee for dogs shall be at P250 for the first day and an additional P50 for the succeeding days.

“Dogs impounded will be under the care of the Office of the City Veterinarian for three days only and are subject to euthanasia/mercy killing thereafter,” reads the ordinance.

The volunteer rescue missions of Pet Avenue and Bantay Hayop Davao are just gestures to save the animals from being mercy-killed. On the other hand, Lumayaga is concerned that the city government would run out of funds for euthanasia as one shot costs around P3,000. This is why they continue to advocate for people to “Adopt, Not Shop” and to stop the breeding business practice.

Aside from this, the City Veterinarian’s Office and other volunteer groups also do free spay and neuter services for cats and dogs in a bid to help control the population of stray cats and dogs in the city.