Deals signed for over 30M doses of Covid vaccines 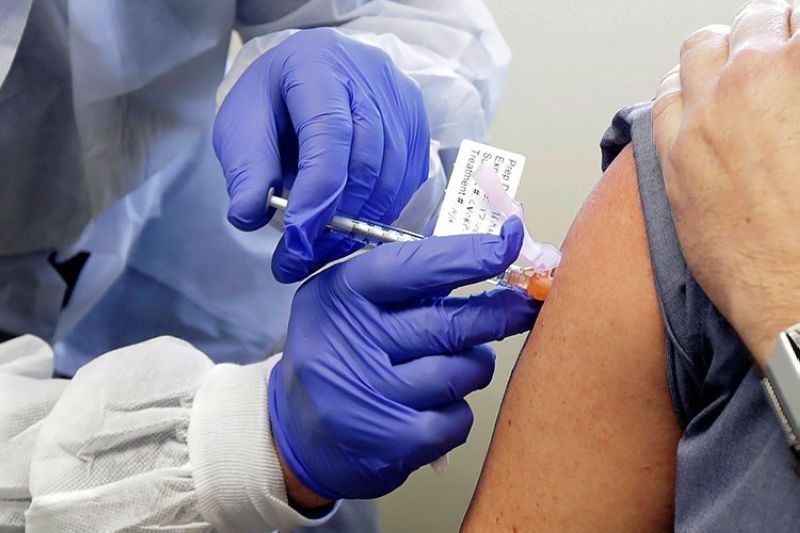 VACCINE czar Carlito Galvez Jr. on Monday, January 11, 2021, said the national and local governments have signed agreements for the supply of over 30 million doses of candidate vaccines against coronavirus disease 2019 (Covid-19).

Negotiations are ongoing for over 100 million doses more, he said.

The target is to import a total of 148 million doses to inoculate 70 million citizens in 2021, Galvez told the Senate committee of the whole on Monday.

As of Monday, Galvez said the confirmed supply agreements were those signed with AstraZeneca and Serum Institute of India (SII), through its Philippine parter Faberco Life Sciences Inc.

However, these will be available in the third quarter of 2021, at the earliest.

Galvez said it will be the Sinovac candidate vaccine from China that will arrive first in the Philippines through the Covax initiative of the World Health Organization.

He said they expected 50,000 doses of Sinovac in February, 950,000 doses in March and two to three million doses monthly until December.

The Covax initiative is aimed at working with vaccine manufacturers to provide all countries equitable access to safe and effective vaccines.

Galvez did not say when the government signed up for the Covax initiative and signed for the deal to acquire the Sinovac vaccine.

The government signed on January 9 a term sheet for the supply of 30 million doses of Covovax, the vaccine candidate developed by US-based Novavax and commercialized by SII.

An additional 10 million doses may also be acquired from SII for local government units and the private sector, Galvez said.

SII will likely roll out the vaccines by July 2021 at the earliest, he added.

He said Novavax expected approval of their candidate vaccine for emergency use by March.

The government and the private sector also signed an agreement earlier with AstraZeneca for the advance purchase of 2.6 million doses of AZD1222.

“I am very happy to report to the Senate that all the negotiations are very successful and we are now in the final stages for supply agreement,” Galvez told the Senate.

The use of any candidate vaccine against Covid-19, however, will require an Emergency Use Authorization (EUA) from the FDA.

As of Monday, FDA Director General Enrique Domingo said only Pfizer, AstraZeneca and Gamaleya have filed applications for the EUA.

Novavax and Sinovac have yet to apply for EUA.

Domingo urged Galvez to coordinate with the FDA so that these companies could apply for an EUA this early.

Meanwhile, Galvez said Metro Manila mayors have agreed that majority of the vaccines that they will be acquiring will be that of Pfizer.

Pfizer and Moderna vaccines may also be provided to the cities of Davao and Cebu, and other areas that can provide cold storage facilities.

The AstraZeneca and other candidate vaccines will be deployed to other areas, Galvez added. (Marites Villamor-Ilano / SunStar Philippines)

ERRATUM. This article has been updated to edit the part about the Presidential Security Group vaccination. The PSG personnel were given the Sinopharm vaccine, not the Sinovac vaccine. Our apologies for the confusion. - Editor