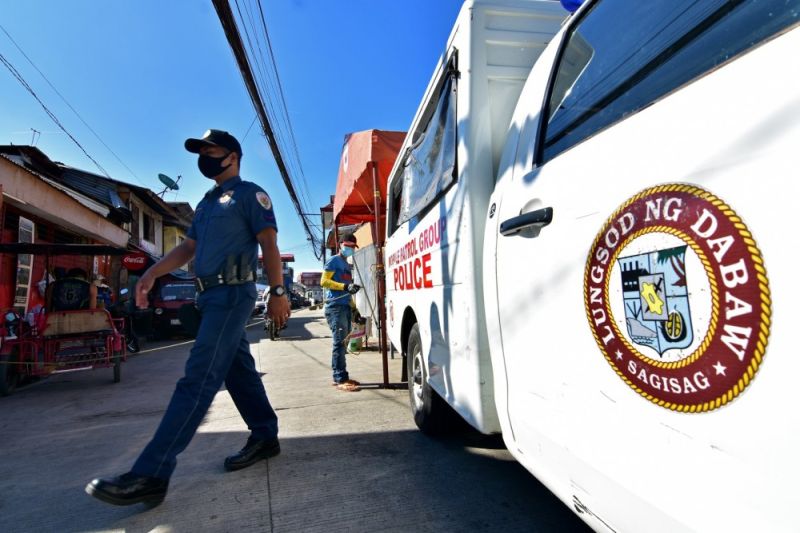 QUARANTINE violators in Davao City are now over 21,000 since the Covid-19 pandemic started, the Davao City Police Office (DCPO) reported.

DCPO spokesperson Captain Rose Aguilar said based on their record from March 15, 2020 until January 10, 2021, a total of 21,423 violators were recorded with 6,253 cases already filed at the fiscal's office.

Based on her breakdown, 5,877 were apprehended for violating the mandatory social distancing, 4,445 for mandatory use of food and medicine (FM) pass, 4,122 curfew violators, 2,448 individuals apprehended for failure of placing motorcycle barriers while traveling, 1,918 for those who were caught not wearing face masks in public areas, 1,883 for those with no face shield, 727 for liquor ban, and three individuals were caught for tampering their reverse transcription polymerase chain reaction (RT-PCR) test results.

Aguilar said the spike of apprehended individuals were still recorded even with the start of the year.

"Ubay-ubay gihapon atong mga nadakpan. Although ongoing pa gihapon ang consolidation sa matag police station (We continue to apprehend people for violating the rules. Although we are still consolidating the data we received from our various police stations in the city)," she said.

Aguilar said the apprehended persons will be released immediately after their personal information has been taken. But this does not mean they are spared from their violation.

"Kuhaon nato ilahang information. Pag-file nato kasagaran is through regular filing. Naa sila atubangon. Muatubang sila sa fiscal. Dad-on ka sa [police] station for investigation, makauli man hinuon ka pero naa kay atubangon nga kaso (We will get their personal information for regular filing in court. They will face the fiscal. But before that, we will bring them to the police station for investigation. We will immediately release them, but they will still face charges)," the police official said in One Davao on Covid-19 virtual presser.

She reiterated the public's compliance with the imposed health protocols, especially that cases continue to surge in the city.

Meanwhile, Aguilar said they have not recorded any violation in the recent celebration of the feast of the Black Nazarene on Saturday, January 9.

She said they are already preparing for the upcoming celebration of the feast of Sto. Niño at the Holy Infant Jesus of Prague chapel in Shrine Hills, Matina this Friday, January 15. An influx of devotees is expected to attend the annual religious activity.

Public Safety and Security Command Center head Angel Sumagaysay said that all other activities, except the Holy Masses, will be canceled this year due to the ongoing threat of Covid-19.

Aguilar said numbers of their personnel will be deployed during the event to implement the health protocols.