Coronavirus cases in Philippines jump past 490,000 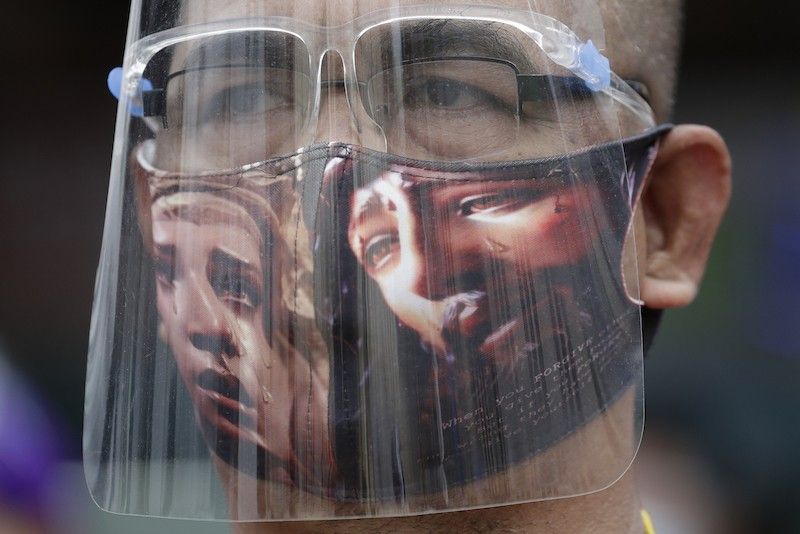 MANILA. A devotee of the Black Nazarene wears a mask with faces of Jesus Christ and Virgin Mary as he prays outside the Quiapo Church in downtown Manila, a day before its feast day on Friday Jan. 8, 2021. (AP)

Davao City, with 137 new infections, posted the highest number of new cases for the second day in a row while Cebu City landed on the list again with 51 new cases.

As of 4 p.m. Tuesday, the cumulative caseload in the Philippines was reported at 491,258.

After reporting less than 10 single-day mortalities in seven days out of the first 11 days of the year, the DOH on Tuesday reported 139 mortalities, the highest in around three months since October 8, 2020.

These raised the death toll from coronavirus disease 2019 (Covid-19) in the country to 9,554. The case fatality rate correspondingly increased to 1.94 percent.

Of the 491,258 total cases, 23,532 remained active, which means the patient is either hospitalized or in isolation.

Department of Health (DOH) Undersecretary Maria Rosario Vergeire earlier Tuesday said the data should be interpreted with caution, given that testing dropped during the Christmas and New Year holidays as some laboratories temporarily closed and fewer individuals had themselves tested for Sars-CoV-2.

Meanwhile, the DOH reiterated that no new Sars-CoV-2 variant has been detected in the Philippines based on the results of the genome sequencing conducted by the Philippine Genome Center.

The agency called on the public to refrain from disseminating unverified information which creates panic and confusion.

Health authorities also reiterated the need to comply with the minimum public health standards which include wearing of face masks and face shields, and physical distancing.

As of 4 p.m. Tuesday, nearly 91 million people have contracted Sars-CoV-2 and almost 1.95 million had died from Covid-19, according to the Johns Hopkins Coronavirus Resource Center. (Marites Villamor-Ilano / SunStar Philippines)