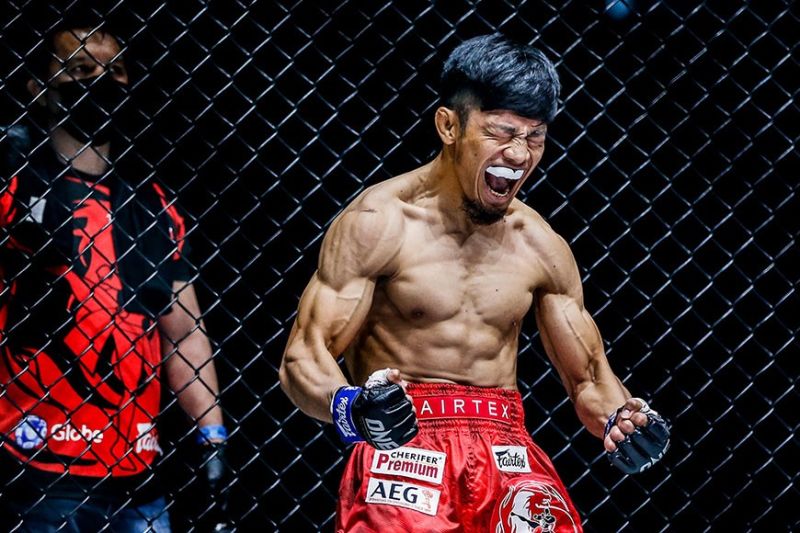 FIRST BOUT IN 2021. The hunt for redemption for Team Lakay starts with Lito Adiwang as he sees action January 22 in Singapore. (ONE photo)

Kicking off the team's quest for redemption is Lito Adiwang, who will take on China's "Wolf of the Grasslands" Hexigetu, who looks to build on his three-bout winning streak against the Filipino star.

Adiwang dropped a close split decision to Japan's Hiroba Minowa back in November, and as a result, lost his #5 ranking in the ONE Championship men's strawweight division. It was the first loss for Adiwang since he joined the promotion, which also snapped a 7-fight winning streak.

Still, the Team Lakay fighter is extra motivated to make a triumphant return to action this year, and promises to showcase all of the hard lessons he learned throughout the year in his next performance.

Adiwang and Hexigetu squares off in ONE's first event of 2021, ONE: Unbreakable, live on January 22, from the Singapore Indoor Stadium.

In the co-main event, former ONE world title challenger James Nakashima of the United States makes his lightweight debut against former ONE lightweight world champion Shinya Aoki of Japan.

A heavyweight clash goes down in ONE Super Series when hard-hitters Rade Opacic of Serbia and Patrick "Big Swiss" Schmid of Switzerland collide in a kickboxing bout.

ONE: Unbreakable III is headlined by former two-sport ONE World Champion and current #5-ranked atomweight contender Stamp Fairtex of Thailand, who continues her quest for a mixed martial arts World Title against promotional newcomer Alyona Rassohyna of Ukraine. In the co-main event, #2-ranked bantamweight Shoko Sato of Japan takes on Fabricio Andrade of Brazil. (Roderick Osis)