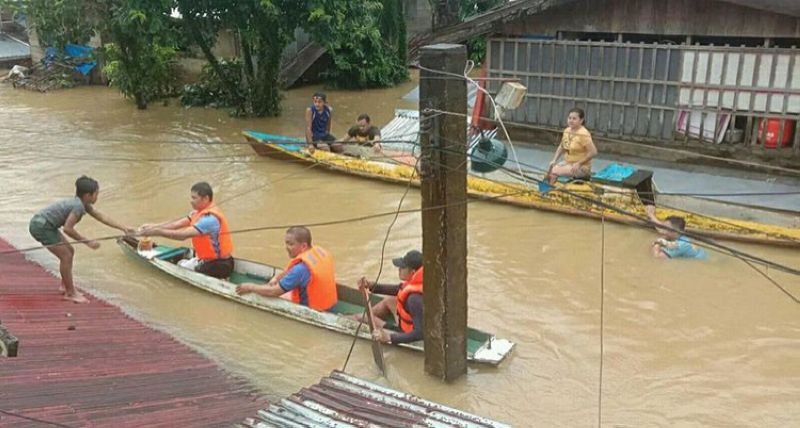 TWO persons were killed and 1,696 people were displaced after monsoon rains brought heavy flooding in 118 barangays across Eastern Visayas for the past four days.

The victims, who died due to drowning, were from Eastern Samar and Northern Samar, according to information from Police Regional Office (PRO) headquarters in Palo, Leyte on Tuesday, January 12, 2021.

Floods have affected 26 areas in Northern Samar, which include 10 barangays of Catubig, 15 barangays of Las Navas, and one barangay in Silvino Lobos.

In Tacloban City alone, Mayor Alfred Romualdez extended the suspension of classes at all levels and work in government offices due to continuous heavy rainfall that triggered floods on Tuesday, January 12.

At least one passenger boat was stranded in Almagro, Samar.

The police regional command identified three roads that were not passable due to landslides, citing a report from the Department of Public Works and Highways (DPWH).

A total of 403 families or 1, 696 individuals have stayed in 760 evacuation centers across the region.

According to Rentuaya, the regional police command has deployed 2013 search and rescue personnel, while 1,389 others were on standby.

Areas without electricity were recorded in Silvino Lobos, 23; Catubig, 15; Jipapad, 13; and Maslog, all barangays.