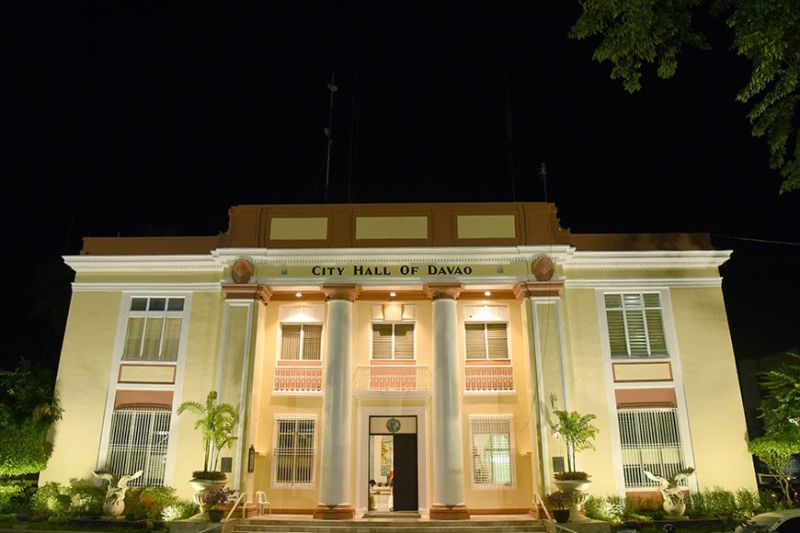 SINCE not all Dabawenyos are willing to get the Covid-19 vaccine, Davao City Mayor Sara Duterte-Carpio said the local government will set up an online registration site to "forecast" the number of vaccine doses the city will initially need.

Duterte-Carpio said on Monday, January 11, that the online registration will be intended for those who are willing to get the Covid-19 vaccine.

This is to shy away from the face-to-face registration, which might result in further Covid-19 transmission.

The registration, she said, will serve as a "forecast" for the city to determine the number of people who would want to get the vaccine.

The mayor recently said that the City Government will not be placing a budget limit on the procurement of the vaccine.

But she also said that the City cannot place a budget allocation or targeted number of doses to be purchased because this would still depend on the number of vaccines the National Government will allot to the city.

In addition, they also need to get the census of Dabawenyos who want to be vaccinated.

"Maong dili ta makatodo-todo because wala gyud tay official numbers sa pagkakaron kung kinsa gyud ang interesado na residente nato nga magpabakuna (This is the reason why we cannot progress further with our plans because we still do not have the number of residents who want to get the vaccine)," Duterte-Carpio said.

During her previous interview, the mayor said the City Government is targeting to immunize at least 1.2 million Dabawenyos out of the estimated 1.8 million population in order to achieve "herd immunity."

But she said it is unlikely that the city would even achieve its target number because there are some individuals who are not willing to get the Covid-19 vaccine.

"Maong importante sa atoa ang forecasting. Importante sa ato na mahibalo kung pila ang ihatag sa ato sa National Government [na vaccines] (This is the importance of forecasting. It is important that we know how many doses of vaccines will be given to us by the national government) so that we can also properly plan pila ang dapat paliton (how many doses of vaccine we should procure)," the mayor added.

She said the National Government cannot pledge or allocate the number of doses to be allocated to the city because they are also waiting for the actual delivery of the vaccines.

Duterte-Carpio recently formally signed a contract with British-Swedish bio-pharmaceutical company AstraZeneca Pharmaceuticals Inc., which committed to delivering initial doses of its Covid-19 vaccines to the city by third quarter of 2021.

But the mayor said the city will still be getting its Covid-19 vaccines from multiple sources since AstraZeneca cannot commit to delivering bulk supply to the city.

She added that based on their received reports, some Dabawenyos are hesitant to get inoculated with the vaccine because of safety concerns.

However, based on survey by the University of Mindanao-Institute of Popular Opinion (UM-IPO), conducted from December 7 to 19, 2020, only two out of 10 Dabawenyos expressed unwillingness to get the vaccine because of possible side effects, fear of complication, personal mistrust in vaccines, lack of empirical clinical studies affirming the safety of the vaccine, among others.

Also, three out of 10 of the respondents expressed uncertainty whether to get the vaccine or not, "with key reasons of uncertainty such as uncertainty of the efficacy of the vaccines, personal decision to observe the situation first, possible side effects to the body, general skepticism on vaccines and the like."

Duterte-Carpio said the city will roll out an information drive to let the Dabawenyos understand how the Covid-19 works, and how it will affect them.

But she said the Covid-19 vaccination in the city will not be mandatory.