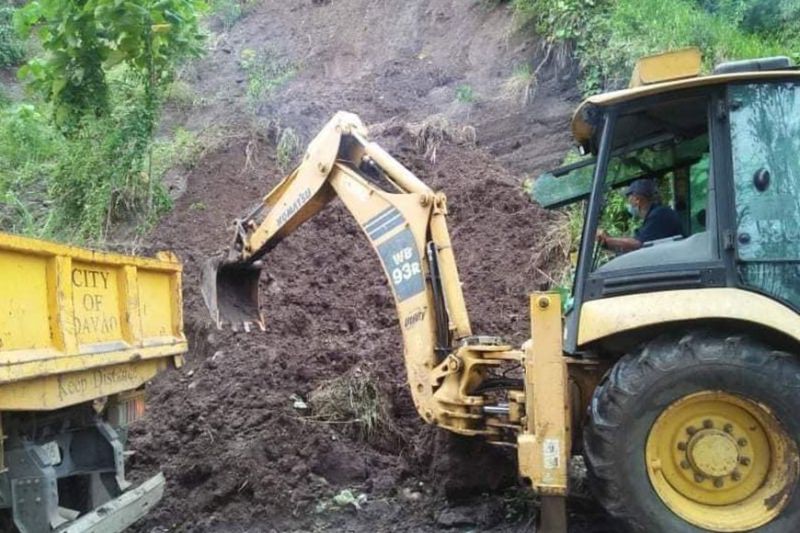 THE Davao City Disaster Risk Reduction Management Office (CDRRMO) warned residents in "danger zones" to be vigilant for possible landslides brought about by the continuous rains, which resulted in two landslide incidents in different parts of the city.

On January 9, a landslide occurred along the road connecting Purok Pangyan in Tamugan, Marilog District to Barangay Malabog in Paquibato District, while another landslide happened the next day, January 10, along the road in Sitio Toril in Catalunan Grande going to Matina Pangi in Talomo District.

Baloran said both incidents happened in the roadside portions and no casualties nor damaged houses were recorded.

The official said that landslides are likely to happen during rainy seasons, especially that La Nina is likely to continue until March this year, the Philippine Atmospheric, Geophysical and Astronomical Services Administration (Pagasa) said.

Baloran warned residential areas identified as "danger zones" to be vigilant as these areas are vulnerable to landslides due to the continuous heavy rains that might soften the ground's stability.

He said villages in Maa beside Shrine Hills in Matina, Purok Damayan in Barangay Buhangin, and Tigatto Road in Buhangin District are among the identified landslide prone areas.

He said although they have not reported anything unusual in these areas, they are constantly monitoring these areas in coordination with the Barangay Disaster Risk Reduction Management Office (BDRRMO).

"Kanunay nga pahimangnuan atong kaigsunon diha hilabi na kung kusog and successive nga kusog ang ulan. Ginapabisitahan nato na aron maluwas nato sila sa peligro (We are reminding our residents in those areas of the risk they would encounter during successive heavy rains. We also ordered to visit these areas to save them from possible danger)," Baloran said.