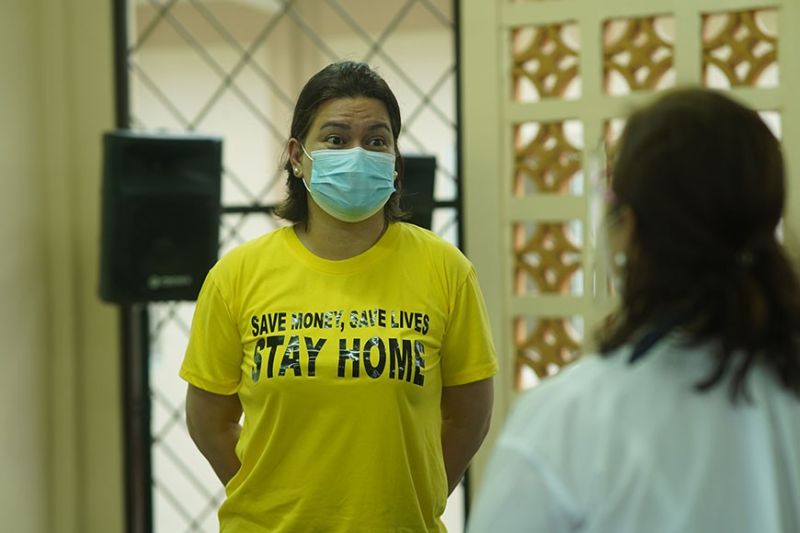 COVID-19 patients in Davao City who are asymptomatic or with mild symptoms and do not want to be admitted in a government facility are now given the option to be transferred to a hotel-type quarantine facility or temporary treatment and monitoring facility (TTMF), Mayor Sara Duterte-Carpio said.

Duterte-Carpio said in a radio interview on Monday, January 11, 2021, that the City Government opened the facility for patients who do not want to be admitted to a government facility and who can afford to pay the cost of the quarantine services.

The mayor said it is the first TTMF for paying patients in the city and it is now operational.

"It means that those patients nga dili gusto moadto didtoa sa atoang mga TTMF for whatever reason, naa silay option nga moadto ani nga facility and magbayad sila for the quarantine (It means that those patients who do not want to go to our TTMFs for whatever reason, they have an option to go to this facility and pay for the quarantine)," she said in an interview on 87.5 FM Davao City Disaster Radio.

She said the City Government decided to have a paid TTMF due to encounters with patients who do not want to be quarantined in a facility chosen for them according to their health status.

Duterte-Carpio, meanwhile, declined to disclose the name of the paying facility nor its other Covid-19 facilities to avoid causing worries within the community.

As of December 29, 2020, the City Government's isolation facilities for probable and suspected cases, along with the temporary treatment and monitoring facilities for Covid-19 positive cases have a total of 2,194-bed capacity.

The city's TTMFs are a mixture of a hotel, public schools, gyms, and other facilities converted into isolation areas.