Cagayan de Oro not behind in vaccine rollout program 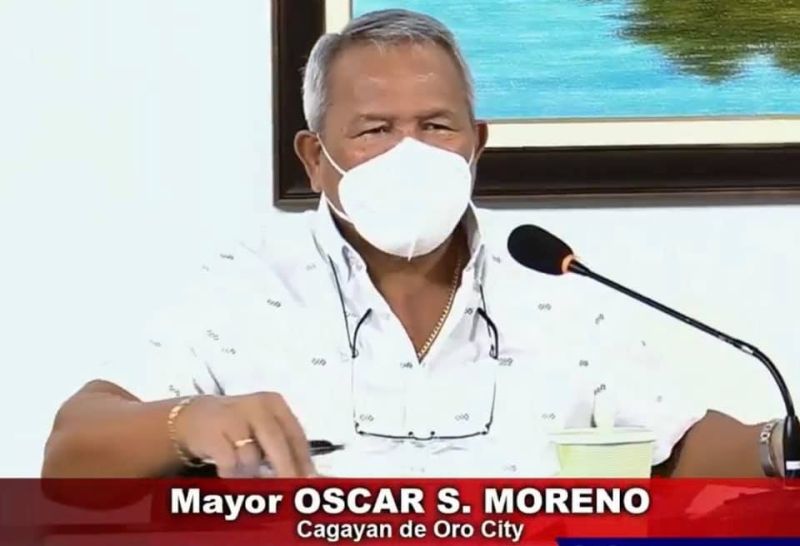 CAGAYAN DE ORO. Mayor Oscar Moreno said Tuesday, January 12, that the city is not falling behind in the preparation for the coronavirus disease (Covid-19) vaccine rollout program. (Screenshot from City Information Office video)

CAGAYAN de Oro City Mayor Oscar Moreno said Tuesday, January 12, that the city is not falling behind in the preparation for the coronavirus disease (Covid-19) vaccine rollout program.

"We are not behind, we are ready pero we are proceeding very carefully kay kapoy kaayo mapaso kita diha," Moreno said.

Moreno said in the vaccination program, it is important to make the correct decision at the right time as it is not a contest between cities.

Asked if the city has started negotiations with Covid-19 vaccine suppliers, the mayor said they are not yet prepared to sign a contract with AstraZeneca Pharmaceuticals Inc. or any other vaccine suppliers.

Moreno also expressed concerns regarding the survey the League of Cities of the Philippines (LCP) conducted, saying that while there is nothing wrong with it, he and the city's health officials are wondering why it was not the Department of Health (DOH) that conducted the survey.

"Naa ko'y mga questions niina pero okay lang, we can work this out. But ang importante, sa ato nga side, we are taking the correct steps at the right time," he added.