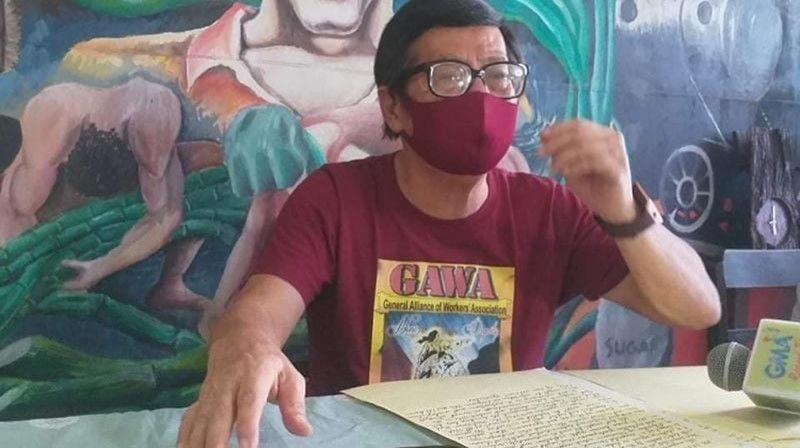 AMID the brouhaha on charter change issue, the sentiment of the people must reign supreme over the whims and wishes of political leaders, a labor leader in Negros Occidental said.

Wennie Sancho, secretary general of the General Alliance of Workers Associations (Gawa), said that as the fundamental law of the land, the 1987 Philippine Constitution is to be respected, obeyed and defended if the nation must grow and survive.

Sancho, also the labor representative to the Regional Tripartite Wages and Productivity Board (RTWPB) in Western Visayas, said the constitution begins and ends with the words: "We, the sovereign Filipino people, imploring the aid of God Almighty, do ordain and promulgate this Constitution."

"Thus, the Filipino people themselves, not just their representatives, are the source from which the constitution comes and being so, it is the supreme law of the land," he added.

The local labor group is reacting to recent reports on the revival of charter changes amid efforts to tackle constitutional amendments in both houses of the Congress.

Its official said if there is any change to be made in the Constitution, whether amendment or revision, it should be done with the active sparticipation of the people, for sovereignty resides in the people and all government authority emanates from them.

"We shall never allow that the voice of the people should be muffled, their interests to be narrowed down and dwarfed," Sancho said.

Sancho also said that there is no great clamor for charter change nationwide from the people themselves.

Gawa stressed that it strongly opposes charter change because of its untimeliness amid the pandemic, massive unemployment and economic crisis.

These should be given primordial consideration by the government and political leaders rather than tinkering with the Constitution that would open the floodgates for amendments that will have serious and adverse political consequences for the people, the group said.

Charter change should not be rushed, it added.