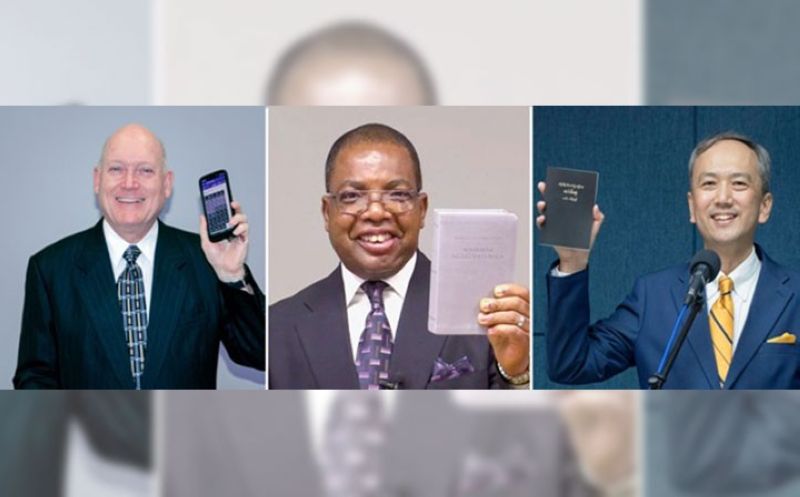 One of many milestones in its 2020 translation work was reached on Feb. 15, when Geoffrey Jackson, a member of the Governing Body of Jehovah’s Witnesses, announced the completion of the first complete Bible in American Sign Language.

Speaking at the Witnesses’ release event in Florida, Jackson said: “As far as we know, Jehovah’s Witnesses is the first organization or group of persons to release the complete Bible in ASL. And probably that means it’s the first complete Bible in sign language in the world (and) in the history of mankind.”

Another highlight came with the release of the New World Translation in Bislama, a language spoken by about 10,000 people on the remote island of Vanuatu, some 1,100 miles (1,770 kilometers) north of Australia.

And although Bible translations have been produced in Bislama before, the average cost of $30 (P1,400) can seem steep to people whose jobs pay only $15 (P700) per day.

Now, however, there is a new Bible translation available in Bislama free of charge.

Jehovah’s Witnesses has been producing and distributing Bibles since the early 20th century. Over time, it acquired printing rights to the King James and the American Standard versions of the Scriptures, among others.

In the 1940s, however, the Witnesses began working on a translation into modern English. A primary aim of its translation efforts has been the restoration of the name of God—Jehovah—to the more than 7,000 places in the Bible where other translators have substituted it with titles such as “Lord.” Beginning 1950, the New World Translation was released in installments until the entire Bible was completed in 1961.

Regarding the New World Translation of the Christian Greek Scriptures (i.e., New Testament), British Bible critic Alexander Thomson wrote in 1952: “The translation is evidently the work of skilled and clever scholars, who have sought to bring out as much of the true sense of the Greek text as the English language is capable of expressing.” He concluded: “We should like to see all our readers in possession of the New World version. It will be a valuable addition to your library.”

After reviewing the subsequent release of a portion of the Hebrew Scriptures (i.e., Old Testament), Thomson stated: “I would recommend it as an honest and straightforward effort to render Holy Writ into modern English. No attempt appears to be made to press any special doctrines or theories.”

Decades later the New World translation continued to receive critical acclaim. In 2003, a professor of religious studies noted in his book “Truth in Translation”: “The NW (New World Translation) emerges as the most accurate of the (nine) translations compared.” He went on to note: “Most of the differences are due to the greater accuracy of the NW as a literal, conservative translation of the original expressions of the New Testament writers.”

By 2010, the entire New World Translation was available in 52 languages, and portions of it in another 86.

In 2013, the Witnesses released a revised version of the New World Translation, which among other things, uses updated language for enhanced readability. The simplified language also facilitated translation efforts.

In the Philippines, special events were held in January 2019. Brother Mark Sanderson, a member of the Governing Body, released the Bible in Cebuano, Tagalog and Waray. Over 163,000 copies of the New World Translation were distributed to the attendees including those who were tied in to the programs from different parts of Cebu, Leyte and Metro Manila. The complete revised version of the New World Translation has now been translated to six languages in the Philippines including Hiligaynon, Iloko, and Pangasinan.

The translation work is carried out by teams of volunteer translators who work in the areas where the target languages are spoken. The translation, publishing and printing work of the Witnesses are all supported by voluntary donations. This allows the Witnesses to make the New World Translation available worldwide free of charge.

Scholars and linguists who examine the translations are often impressed.

For example, the Bislama translation released earlier this year won praise from Carol Aru, M.A., a linguist formerly associated with the University of the South Pacific and now working as a consultant. After comparing the New World Translation with some other English Bibles and the other recognized Bible in Bislama, she said: “It is not easy to translate some of the Old Testament books such as Genesis to convey the actual meaning and not be just a literal translation. But I note that your translation did a good job ensuring this.”

Because of Bislama’s many variations in spelling, Aru said she often finds herself making many corrections in Bislama texts, but she saw no need for that with the Bislama New World Translation.

Jehovah’s Witnesses plans to release the Bible, in whole or in part, in 36 more languages in 2021. SPONSORED CONTENT