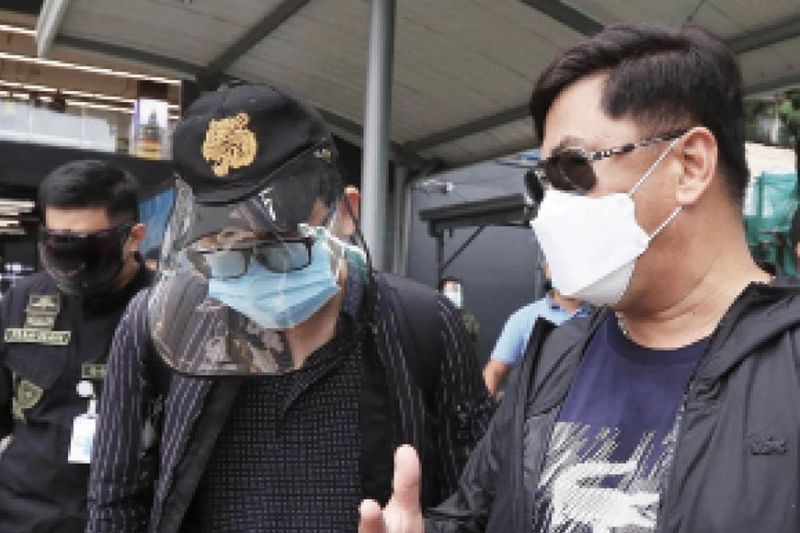 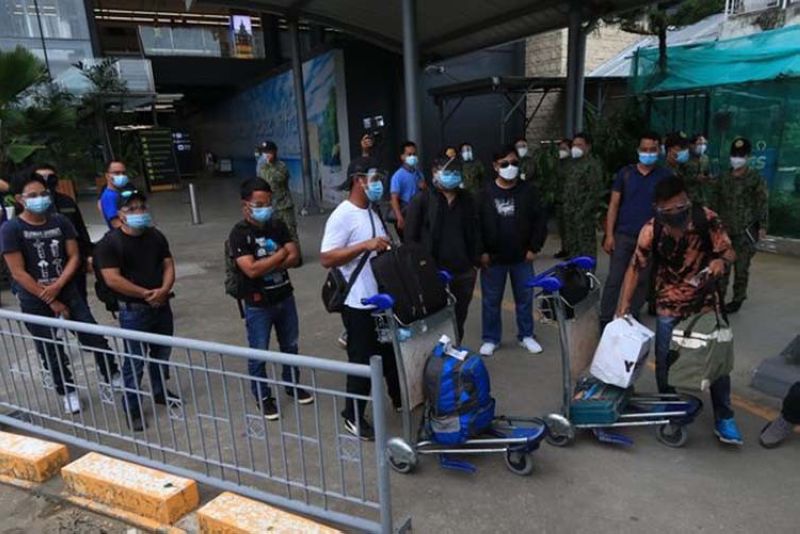 A CHINESE national and his six Filipino companions were arrested at the arrival area of the Mactan-Cebu International Airport (MCIA) Terminal 1 on Wednesday morning, Jan. 13, 2021, for allegedly presenting fake letters of acceptance (LOA) with the digital signature of Lapu-Lapu City Mayor Junard Chan.

The Chinese national was identified as Liao Weisong, 37, and a resident of Manila City. The Filipinos who all hail from Nueva Ecija in Luzon were Reynato Laelo, 49; Joselito Caingat, 34; Leo Caingat, 36; Jayson Gregorio, 36; Nelson Barnatia, 36; and Ariel Alarcon, 28.

Lapu-Lapu City Mayor Junard Chan said the city’s representative at MCIA detected the fake documents when Liao and the six Filipinos presented the papers upon their arrival at 10 a.m.

The representative’s job is to check the documents that an inbound traveler must present. It is part of the city government’s health measures against Covid-19, and one of these documents is an LOA.

Chan said the LOA format was incorrect and the arrested men used his digital signature. The original LOA must contain the countersignature of the mayor’s secretary or city attorney.

Liao and the Filipinos said they travelled to Lapu-Lapu City to put up signs, but did not divulge the company that employs them.

Liao said he had knowledge that the LOA was fake and he had no idea he could directly get the document from the City. His Filipino companions said they received the LOA at the Ninoy Aquino International Report.

Lawyer James Sayson of the City Legal Office said the men can face a penalty of six months imprisonment and P1 million in fines if they are proven guilty of forging the LOA.

Sayson said they will look into Liao’s working documents, while the police will also check Liao’s connections in Cebu. (NDT / KAL)