Sinulog and chill: 5 Sinulog short films you can watch on YouTube 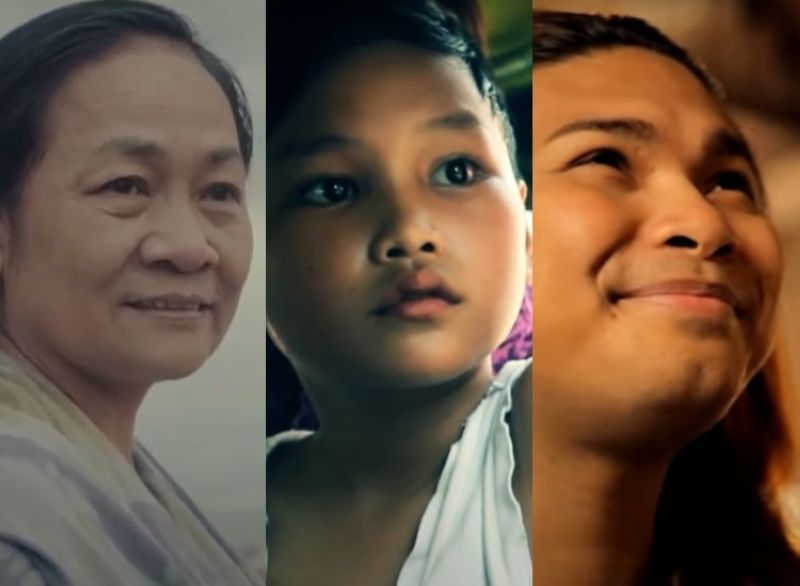 JUST because Sinulog 2021 festivities have been canceled due to the prevailing coronavirus pandemic, it doesn't mean it can stop believers (and non-believers) from reliving the celebration in the comforts of their homes.

The Sinulog Film Festival is one of the most anticipated events during the Sinulog revelries. It aims to capture through film how a person's life has been changed through the Santo Niño, the true star of all the shorts.

Over the years, talented Cebuano filmmakers captured the essence of the celebration from the grandiose to the mundane. With a wide range of themes that encompasses different genres, these films will surely make your eyes sting, get you bursting in laughter and tug your heartstrings.

While infections are still on the rise, it is best to just "Sinulog and chill" at home. Here are some of our favorites you can watch on YouTube.

Ang Gugmang Ti-unay ni Daniella (Daniella's Unconditional Love) is a Cebuano comedy short film directed by Chloe Veloso and written by Badidi Labra, who is also the main actress in the story.

The film revolves around Daniella, a member of the lesbian, gay, bisexual, transgender + (LGBT+) community, trying to make sense in prayer why finding love for her seems to be very difficult when she always gives her all (even at the expense of "losing" a refrigerator to a boyfriend).

What sets this movie apart from other Sinulog short films is its honest portrayal of the challenges a member of the LGBT+ community is going through. This film will make you laugh and give you the feels at the same time.

Don't watch this movie alone. Dag-um (Dark Skies) is not for the faint of heart. This genre-bending Sinulog Film Festival entry shocked audiences at the time of screening as no one expected a horror film to be featured in the short film category.

Also directed by Chloe Veloso and written by Badidi Labra, Dag-um, revolves around Emman (played by Labra), who loses his faith in God after losing loved ones to a fatal maritime accident. From its dramatic beginning, the film then shifts into a spine-tingling tale of self-destruction after the protagonist denounces his faith (don't worry, we won't spoil the rest of the story).

Despite the horror-driven narrative, the film teaches everyone about the importance of faith and family.

The short stars Matt Lubid, Ligaya Rabago, Shun Bacakka and Nathaniel Cruz. The story is about the importance of brotherhood and faith in the background of societal inequality. The film also played around the theme of "Christ in you, our hope of glory" of the 51st International Eucharistic Congress, which was held in Cebu in January 2016.

Where would kindness take you? This question lingers the story of Shaun Catubigan's short film, Gasa (Gift), which bagged the Best Child Performer Award for the 2013 edition of the Sinulog Film Festival.

The movie revolves around starry-eyed Chino, who is a child full of dreams. After his mother suffered from an illness, he started selling candles at the Basilica Minore del Santo Niño to make ends meet. On a daily, he meets people with different struggles. Despite his challenges, Chino will learn how he could become a blessing to others.

With a duration of 14 minutes and 29 seconds, this short film will definitely move you.