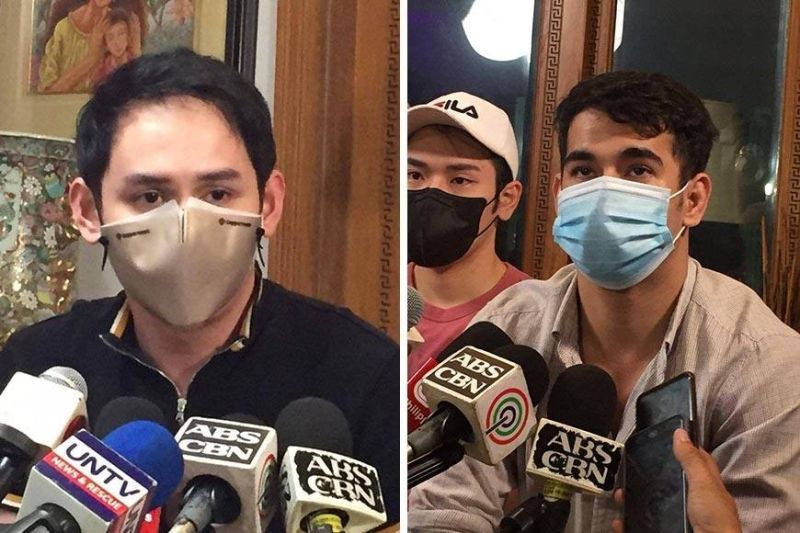 TWO of the accused in the death of 23-year-old flight attendant Christine Dacera on Wednesday, January 13, 2021, claimed that they were “pressured” by ranking police officers into making false statements against one of their friends.

JP dela Serna and Rommel Galido retracted their statements, which falsely accused one of their friends, Mark Anthony Rosales.

Dela Serna previously said that Rosales was in possession of a drug in powder form during their New Year’s Eve party in a hotel room in Makati. Dela Serna said this is not true.

Rosales and Dela Serna are among Christine’s 11 friends who were accused of rape with homicide. The case against them, however, was returned by the Makati City Prosecutor’s Office to the police for lack of sufficient evidence.

“During the investigation una kasing in-interview is si Rome (Rommel Galido) not only (by) the police but the family of Christine was the one who does the interrogation wherein sa statement ko I retracted it because they’re the ones who put words in my mouth,” Dela Serna said in a press conference Wednesday.

He said the Dacera family offered to help clear their names if they could lay the blame on one person.

“Naturo ko si Mark kasi si Mark lang bago sa group. I don’t know him so much that’s why siya ‘yung naturo ko,” he added. (I pointed at Mark. He’s new in the group and I don’t know him that well.)

Galido, for his part, retracted his statement that Dacera had told him that Rosales may have spiked her drink.

He said what Dacera told him was that she had a headache and was dizzy because of too much drinking.

Dela Serna and Galido both said they were not in the right state of mind during the interrogation as they were under too much “stress, pressure and intimidation.”

They said it was their first time to experience such a situation.

Galido said the policemen who put pressure on them were ranking officials.

Abby Portugal, Galido and Dela Serna’s legal counsel, said her clients stood by their other statements.

Mike Santiago, legal counsel of Gregorio De Guzman, said Dela Serna and Galido revealed their false statements during their briefing over the weekend to prepare their counter affidavit.

He said they never had a chance to confer with them after they were released from detention and issued statements to the media.

Dacera partied with the 11 accused, all gay men, in room 2209 of the City Grand Garden Hotel in Makati on New Year's Eve. She was found unresponsive at noon of January 1 and was pronounced dead in a hospital, where Galido had brought her.

The police and Dacera's mother claimed that she was raped and her drink was spiked.

Her friends revealed that she had gone back and forth between their room and room 2207, where their friend Edward Madrid was also partying with his friends. (SunStar Philippines)