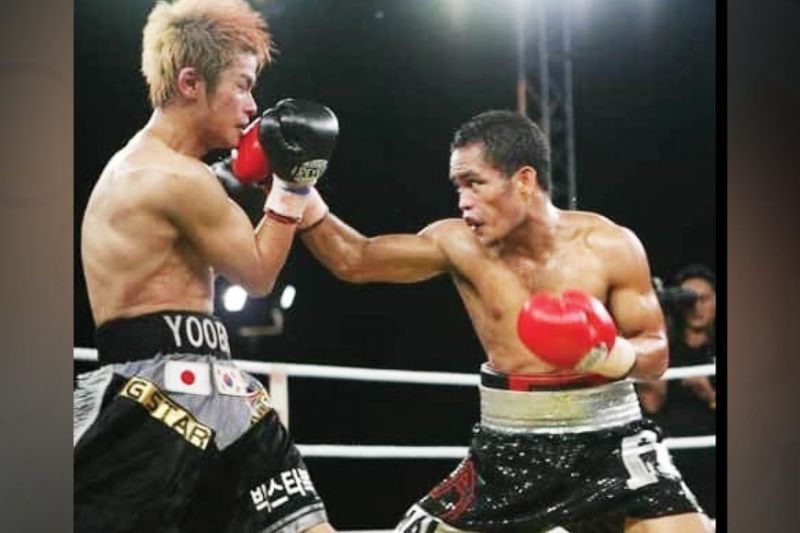 COMEBACK. This old photo shows AJ “Bazooka” Banal (right) in prime form. The two-time world title challenger is preparing for a return to the ring in 2021. / AJ Banal

TWO-time world title challenger AJ “Bazooka” Banal is back in the gym, preparing for a ring return in 2021.

Banal is training at the Highland Boxing Gym in Sampaloc, Manila and hopes to make his comeback before the middle of the year.

“I plan to fight in the third week of April so that I’ll have a longer preparation,” the 32-year-old Banal told SunStar Cebu.

Banal last saw action three years ago. He beat Indonesian Master Suro by unanimous decision in a featherweight fight on May 17, 2018 at the SM City North Edsa Skydome in Quezon City.

Banal plans to fight at lightweight in his ring return. But his long-term goal is to campaign in the featherweight division, wherein the likes of Emanuel Navarrete, Gary Russell Jr., Josh Warrington and Xu Can, Mark Magsayo and Kid Galahad reside.

Banal’s focus right now isn’t on a world title just yet. He’s more devoted to whipping himself back into fighting shape.

“For now, I don’t want to say anything just yet,” he said.

When the Covid-19 pandemic broke out last year, Banal was holed up in his home in Bgy. Ermita, Cebu City and just did self-training. Now that he’s training at a real boxing gym along with other pro boxers, expect Banal’s training to be turned up a notch.

Banal was one of the promising young stars of Philippine boxing. He was being groomed by now-defunct ALA Promotions to become a world champion.

Banal did not live up to everybody’s expectations and failed in both bids for the world title. However, it’s not yet too late. At the age 32, Banal still has a little bit of time left to redeem himself. (EKA)