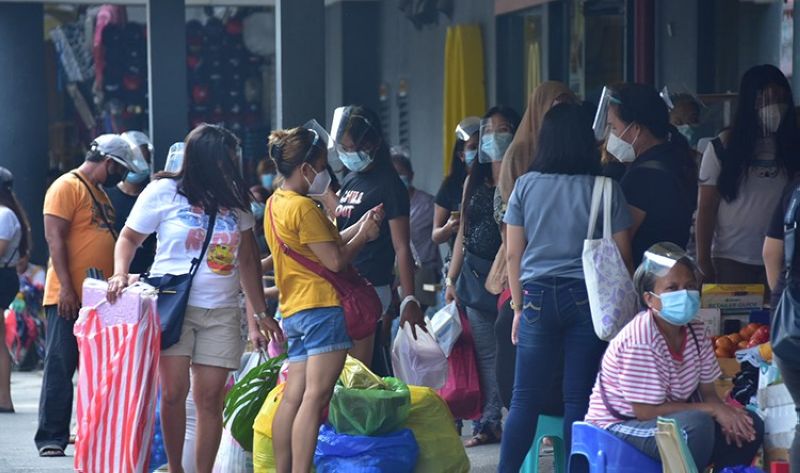 THE feared post-Holiday surge is now slowly being felt, based on the recent Covid-19 case data of the Department of Health (DOH), a high-ranking city health official said.

Davao City Covid-19 focal person Dr. Ashley Lopez said in a virtual presser on Wednesday, January 13, that during the start of 2021, active cases decreased to 983 on January 5, the lowest since the city experienced a spike of cases in mid-October 2020.

However, active cases rose to 1,000 on the next day, which was attributed to the constant 100-plus new cases starting January 7 until January 12.

"Nindot na unta tong mga last weeks of December because nag-less than 100 [cases] na ta sa mga kaso. Kaso lang because we are experiencing this post-Holiday surge. Pagkatapak sa January 7, naglapas napoud tag 100 plus cases (The city’s Covid-19 active cases had somewhat improved in the last week of December because the city had recorded less than 100 new cases per day. But because we are experiencing the post-Holiday surge, daily new cases have started to go over a hundred beginning January 7)," Lopez said.

With over a hundred cases in the past few days, this had accelerated active cases to 1,345 as of January 12.

Lopez said the current surge of cases can be attributed to the recent holidays, particularly from December 23 to 26, based on the average incubation period of the virus of 14 days.

He said health officials already projected a surge of new cases to happen around the first week of January due to recent holiday activities and gatherings.

"Mao na tong time na tigpamalit, tiglaag, ug bisan ginapahimangno na nga likayan ang party, mao ni siya epekto sa Christmas surge (This was the time when people were going out to buy things and meet with one another despite being reminded of the risks of their activities. This has caused a Christmas surge)," he said.

For post-New Year, the health official said the impact would be felt around the third week of January until mid-February.

It can also be noted that the city has consistently topped DOH's list of areas in the country with the highest number of new coronavirus infections in a single day.

Despite the surge of new cases, Lopez said the city's recovery rate peaked at a daily average rate of 80-percent compared to the previous month, which was between 65 to 70-percent. The highest, so far, was on January 5 with 84.1-percent.

The health official said as cases continue to rise, they are bracing for a high occupancy rate in the city's Covid-19 critical care, quarantine, and isolation facilities.

As of December 29, 2020, the City Government's isolation facilities for probable and suspected cases, along with the temporary treatment and monitoring facilities for Covid-19 positive cases has a 2,194-bed capacity.

Lopez, meanwhile, encouraged the public to continue to abide with the minimum health protocols to curb the spread of the virus. (RGL)