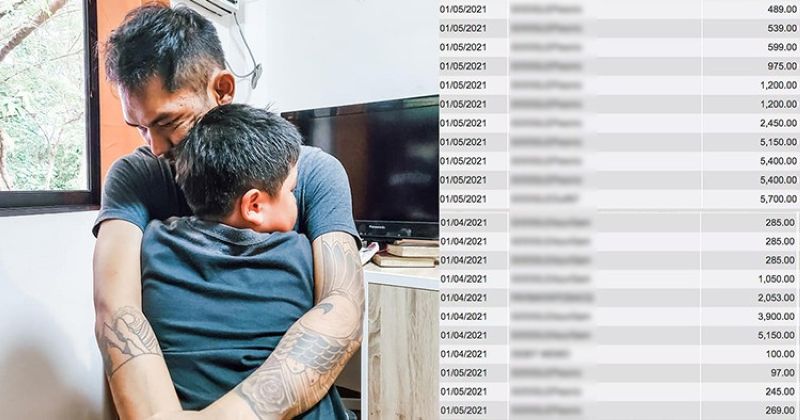 AN EIGHT-YEAR-OLD boy surprised his parents after unknowingly spending over P100,000 on mobile games in just two days using their debit card.

Julmar Grace Locsin, a 39-year-old chief executive officer and owner of FVA Business Consultancy and Surge Digital Agency, shared in a public post on Facebook how her son, Tice, spent such a large amount of money on mobile games.

She said her husband, Jay, 35, handed over his mobile phone to their son last Christmas, without her even knowing it.

During Christmas, her husband’s phone was handed down to Tice. They allow their son to use it to watch Superbook, a Christian animated series. Their son is also allowed to chat with his cousin and friends using Messenger Kids. He is allowed to play War Robots too.

At first, they thought Tice spent just P40,000, but later on, after processing the refund, it turned out that their “little geek" spent a total of P100,000 for games and other paid versions of the downloaded gaming apps. He downloaded the paid versions because he thought the current mobile games on his dad’s mobile phone were “too easy for him.” He also thought all the downloads were free.

Their son was indeed in serious trouble, as Tice was scolded by his parents.

"He cried a lot after we talked about it and forgave him. He was very sorry (and was too cute with those irresistible eyes). We explained that they are worth more than all the money in the world but following rules is also a good life skill to abide [sic]," Locsin said.

She said their request for a refund was filed but still has not reflected on their accounts as of writing.

After the incident, she said they have parental controls and put a password for purchases.

"Is finding out that the purchase is P100,000 changed our feelings for our kids? Nope. Again, we know how our kids and our parenting more than anyone else. This is a complete mistake (he thought all the downloads are free) [sic]," she said.

Locsin added that as parents it is essential to discipline their son to correct his mistake. However, she also said not to equal one’s affection for one’s kids “to the value of money or anything in this world."