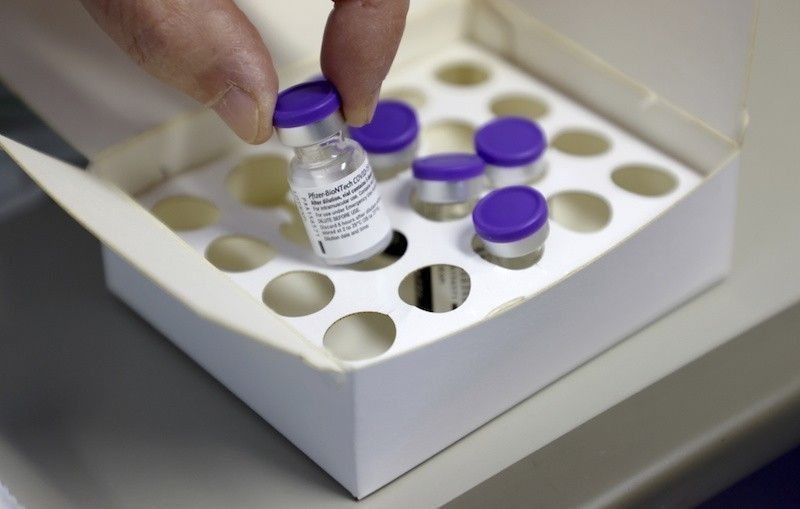 CEBU City Mayor Edgardo Labella on Wednesday, January 13, 2021, said he will not force residents to take the Sinovac vaccine that will be provided by the national government.

He said the City Government plans to purchase the vaccines developed by Pfizer-BioNTech and Moderna. Residents who prefer these brands over the Sinovac vaccine may wait until these become available in the second half of 2021.

Vaccine czar Carlito Galvez Jr. earlier said Cebu City and Davao City, aside from Metro Manila, may be able to purchase these vaccines because of the presence of cold storage facilities.

Labella said a Swiss company in Cebu City has a facility that can store the Pfizer-BioNTech vaccine, which requires storage temperature of between -60 and -80 degrees Celsius. This facility has been storing Pfizer products for decades, he added.

“So we will give them the opportunity to choose because after all, this is people’s money, this is taxpayer’s money. That’s why I don’t agree with the statement that we cannot be choosy,” Labella said.

He was referring to a Malacañang statement that Filipinos don’t have any choice but to take the Sinovac vaccine before the other vaccines become available.

Labella said he was aware that many residents are not comfortable with the Sinovac vaccine, which has been reported to be less effective against Covid-19 than the other vaccines in the market.

Once this is approved by the Food and Drugs Administration (FDA), however, Labella said he would be willing to be the first to be inoculated with the Chinese vaccine.

As of Wednesday, Malacañang said only the Sinovac vaccine would be available in the first half of the year. Aside from the 50,000 doses in February, the government is also expecting 950,000 doses in March, and two million to three million doses monthly until December.

Labella said it would be the task of the Covid-19 Vaccine Board to identify those who want to avail of the Sinovac vaccine and those who are willing to wait until the Pfizer or Moderna vaccines become available.

The board will also recommend the brands of vaccine that the City would be purchasing, Labella said. One factor that will be considered is a vaccine’s efficacy rate.

The board is composed of City Health officer-in-charge Jeffrey Ibones, infectious disease specialist Bryan Lim, a representative of the Philippine College of Physicians, and Junjie Zuasula, head of the DOH 7 Regional Epidemiology and Surveillance Unit (RESU).

The City has allocated a P400-million budget for the Covid-19 vaccines. A P100-million supplemental budget is set to be passed to augment this.

Labella said the target is to immunize for free 70 percent of Cebu City’s population. A vaccination plan based on the national priority scheme will be drawn up.

Meanwhile, the League of Cities of the Philippines (LCP) in Cebu has passed a resolution urging the national government to allow local government units (LGUs) to purchase their preferred vaccine brands.

This was one of three resolutions that the LCP Cebu passed recently. Another resolution requested the national government to allow the LCP to take part in the committee in charge of vaccine procurement while the third asked the Department of the Interior and Local Government (DILG) to create a masterlist of the priority sectors that will receive the vaccine.

Labella, who chairs LCP Cebu, said they met with Galvez on Jan. 12 to discuss updates on vaccine procurement.

Labella said some LCP officials “got upset” during the meeting and insisted that the LGUs be allowed to choose and directly order the vaccine from the supplier.

Under the present setup, LGUs have to procure the vaccine through the national government. Agreements are signed among the LGU, the National Task Force Against Covid-19, DOH and supplier.

Labella said Galvez explained that this setup allows the government to monitor the efficacy of the vaccine and verify the track record of the manufacturer or developer.

Up to 10.598 million doses of the AstraZeneca vaccine are available for advance purchase by LGUs. As of Wednesday, more than 23 LGUs have placed orders with AstraZeneca ranging from 40,000 to 1.1 million doses.

Cebu City, however, has not signed such an agreement.

He also ordered the creation of a vaccine board, which will be composed of representatives from the City Health Office, City Administrator’s Office and the city’s finance department.

Gullas said the board will be tasked to assess the vaccines, determine which brands to purchase and identify priority sectors that will receive the vaccine first. (JJL with reports from SunStar Philippines and JKV)