Editorial: ‘Not a priority’ 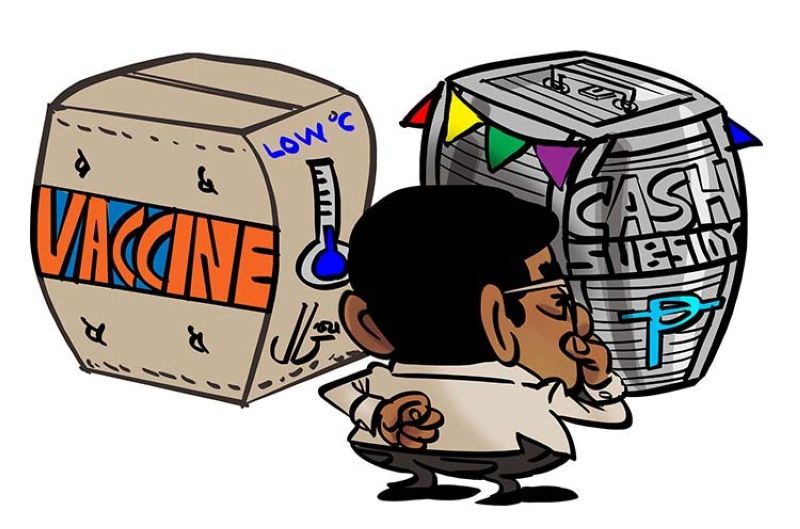 SO FAR, a total of 21 local government units (LGUs) around the country have signed advance purchase agreements with multinational pharmaceutical company AstraZeneca for its candidate vaccine against the coronavirus disease 2019 (Covid-19).

Among them are cities in the National Capital Region, including Manila, Caloocan, Pasig, Mandaluyong, San Juan and Taguig. The list also contains LGUs with a much smaller population and income like Ormoc, Oroquieta and Vigan

Together, they are procuring up to 10.598 million doses of the vaccine, which are expected to arrive in the country in the second half of 2021.

The vaccines, according to SunStar Philippines’ Maritess Villamor-Ilano, are on top of the 2.6 million doses that private corporations are donating to the government, half of which will be administered to private sector executives and employees.

Presidential Spokesman Harry Roque said each LGU will shoulder the cost of the vaccines as well as reimburse AstraZeneca for all costs associated with delivery, distribution, storage and destruction of the vaccines prior to delivery to the destination port.

Cebu City is not on the list, even though Mayor Edgardo Labella has said the City Government already allocated P500 million for the purchase of candidate vaccines from Pfizer, Moderna and AstraZeneca. Also absent are the other LGUs that make up Metro Cebu.

Perhaps Cebuano officials are aware of the doubts hounding the efficacy of AstraZeneca’s vaccine in establishing herd immunity.

On Wednesday, Jan. 13, 2021, Australian scientists called for a postponement of the vaccine’s widespread rollout, citing data showing its 62 percent efficacy, compared to the 90 percent for Pfizer-BioNTech.

In November last year, AstraZeneca, a British-Swedish firm headquartered in Cambridge, England, acknowledged a dosage error in its vaccine trial.

Never mind if only Cebu City has one facility that is capable of storing a vaccine that requires temperature colder than winter in Antarctica.

Or perhaps, in the case of Cebu City, it has other priorities that need to be addressed immediately like processing the cash subsidy for contingents who were supposed to compete in this month’s Sinulog ritual showdown.

After all, it would only be prudent to refund contingents for their expenses after organizers canceled the event at the last minute.