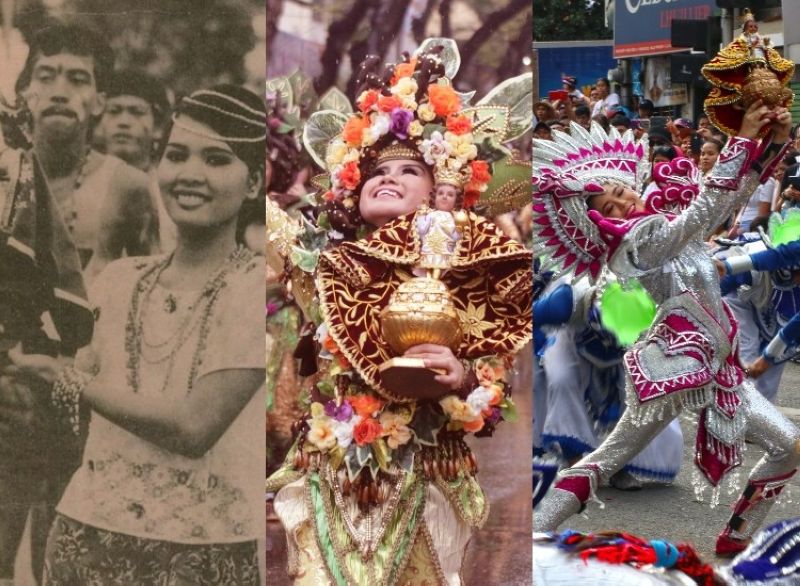 IN WHAT historians consider the link between the Philippines' pagan past and its Christian present, the Sinulog has come a long way. From a simple ritual dance to now being one of the biggest festivals in the world, truly, the Sinulog has been a testament to the Cebuanos' strong devotion to the Santo Niño.

Here's a brief timeline of the history of the Sinulog Festival.

The ritual dance of the Sinulog dates back to pre-colonial Cebu natives, who danced the two step forward, one step backward movement in honor of their wooden idols and anitos.

Historical accounts say that Portuguese explorer headed by Ferdinand Magellan came to Cebu on this date to plant the cross on its shore and claim the country for the King of Spain.

Magellan introduced Christianity among the natives. He gave the Santo Niño as a baptismal gift to Hara Amihan, wife of Raja Humabon, who was later named Queen Juana. The rulers and their 800 subjects were baptized around this time.

Magellan died in an encounter with the reigning ruler of Mactan, Rajah Lapu-Lapu. What remained of Magellan's men were able to return to Spain to report the incident.

Cebu natives continue to dance the Sinulog. This time, they no longer danced to their wooden idols and anitos but as a sign of reverence to the Santo Niño.

Miguel Lopez de Legaspi arrives in Cebu. His ships bombarded the village and in one of the burning huts, one of his soldiers named Juan Camus found inside a wooden box the image of the Santo Niño lying side by side with native idols.

David S. Odilao Jr., then regional director of the Ministry of Sports and Youth Development, organized the first-ever Sinulog parade. Odilao invited physical education teachers for a meeting to discuss the organization of a street dance parade.

Sinulog '81 was organized. Practically all sectors in the Cebuano community got involved. Organizers depicted in the parade the history of the Sinulog, distinguishing itself from the Ati-atihan Festival in Aklan, which is also a festival in honor of the Santo Niño. Seven floats were created to depict seven different periods of history. Dancers wore costumes during the periods while dancing to the same beat.

The festival has grown ever since its conception. New contest categories were introduced such as the search for the annual Festival Queen, puppeteering, photo contests, and film festivals, among others. The number of spectators has also risen annually, seeing more tourists coming from different parts of the Philippines and the world. It also helped boost Cebu's tourism and its identity.

The Cebu City Government and officials of Sinulog Foundation Inc. decided to cancel the Sinulog performances at the South Road Properties (SRP), among other Sinulog activities, due to the coronavirus pandemic. This, after the Philippine National Police and other government agencies cautioned against the staging of the festival.