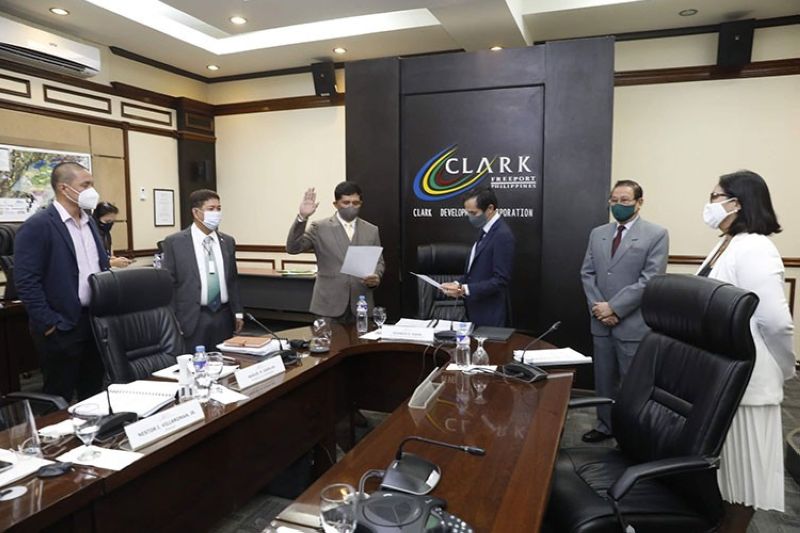 He officially replaced Noel F. Manankil, who resigned in October 2020.

Gaerlan was sworn in by CDC Officer-in-Charge for Office of the Chairman and Bases Conversion and Development Authority (BCDA) president and CEO Vivencio Dizon during the organizational meeting of the CDC Board of Directors (BOD) where he is a member since March 15, 2019.

The oathtaking was also witnessed by BOD members and other executive officers of CDC.

Gaerlan carries with him knowledge and skills on effective and strategic management with his post-graduate degree in Master of Management at the Asian Institute of Management (AIM) where he graduated with distinction in 2002.

He was also president and CEO of Prime Lift and Load Industries. Through these, he developed competence in various aspects of management from operations, strategic planning, marketing, and finance.

Gaerlan, who graduated from the Philippine Military Academy in 1985, was recognized as one of the three Most Awarded Cadets of the academy since 1905, getting 13 awards during graduation including the Presidential and Prime Minister Saber for being No. 1 among 211 cadets.

He is a recipient of various prestigious awards and citations, including Presidential Lingkod Bayan from the Civil Service Commission in 2013, The Outstanding Pillars (TOP) Justice of the Philippines Foundation and Rotary Club of Diliman North in 2010, Distinction Medal from the Asian Institute of Management in 2002; Presidential Medal of Merit in 1998 from then President Fidel Ramos, PNP Medalya ng Katapangan (3rd Highest Award for Bravery), United Nations Medal - United National Transitional Authority in Cambodia (UNTAC) December 31, 1992.

Risking his life as he was wounded in Camp Cawa-Cawa in the Zamboanga hostage-taking incident in 1989, Gaerlan was given the Bronze Cross Medal and Wounded Personnel Medal (Purple Heart).

This and several medals are tucked under his belt that cites his dedication and bravery.

Meanwhile, CDC has also announced the recent designation of Rynah Fragata-Ventura as vice-president for Business Development and Business Enhancement Group (BDBEG), and Ralph Lachica Mamauag as vice-president for Engineering Services Group (ESG). They were appointed last November 23, 2020, and October 8, 2020, respectively

She is also a registered Real Estate Broker with areas of specialization in dealing with people, developing relationships, and looking after operations and finance.