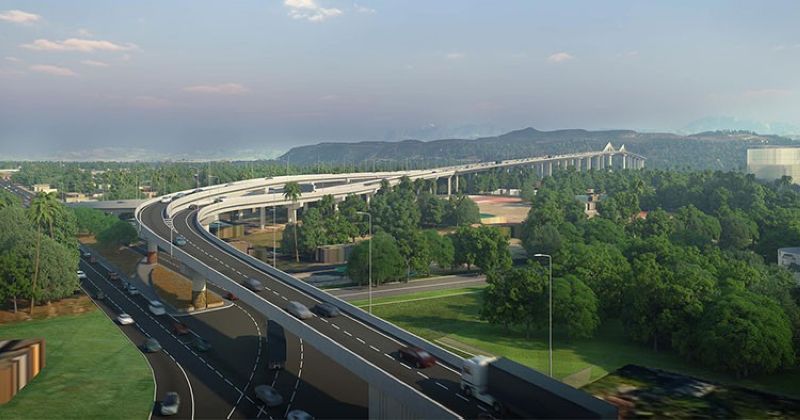 THE Philippine and Chinese governments signed on Thursday, January 14, a P19.32-billion contract for the design and build of the Samal Island to Davao City Connector (SIDC) Project.

"We are more than excited to announce that with the signed contract, we can now apply for the loan agreement with the People's Republic of China through China International Development Cooperation Agency (Cidca) to proceed with the detailed engineering design (DED) of the Samal Island to Davao City Connector Project," Department of Public Works and Highways (DPWH) Secretary Mark Villar said in a statement on January 14, 2020.

Chinese Ambassador to the Philippines Huang Xilian first broke the news on his official Facebook page about the formal signing of the commercial contract agreement between the DPWH and China Road and Bridge Corporation (CRBC) for the Davao-Samal Bridge.

"This key G2G (government-to-government) project is expected to break ground in the first half of 2021," Xilian said in his post.

He added, "I am delighted to see that the start of the new year continues to open new avenues of cooperation between our two countries. Above all, it is exciting to see the bridge's contribution to the economy and the local people's livelihood in the area."

"Brighter future is ahead especially in tourism with the implementation of the toll-free four-lane bridge that will significantly improve mobility and bring down travel time of around 25,000 daily motorists to only two to five minutes between Davao City in Davao del Sur and Island Garden City of Samal (Igacos) in Davao del Norte," Villar said.

DPWH Undersecretary for Unified Project Management Office (UPMO) Operations Emil K. Sadain said during the signing event that CRBC will start the 54-month civil works stage of the project once the DED for the SIDC is completed.

Sadain said CRBC, which is one of the three shortlisted qualified contractors, bagged the design and build contract of the SIDC following the procurement activities held between November and December 2020.

DPWH said the P23.04 billion Davao-Samal Bridge is a China-funded project, "envisioned as a modern bridge that will connect the Samal Circumferential Road in Barangay Limao, Island Garden City of Samal to Davao City in between R. Castillo-Daang Maharlika junction."

"Its main span measures 250 meters and has a vertical navigation clearance of up to 47 meters crossing over Pakiputan strait. The bridge will also be supported by two pylons with a height of 73 meters," DPWH said.

Igacos Mayor Al David Uy, in a radio interview, said they are waiting for the actual date of the formal groundbreaking. Previously, the groundbreaking for the SIDC was initially slated for January 2021.

"But kabalo ta nga nisaka ang Covid [cases], tapos naa pa ning bag-ong variant, medyo nadelay-delay sa taas (We all know that there is a surge of Covid-19. In addition, we are also facing this new variant, which also resulted in longer delays)," Uy said.

"Ang importante, na-bid na siya, na-awardan na siya, and napirmahan na ang kontrata (What is important is there the bidding and awarding was already done and the contracts were already signed)," Uy added.

The city mayor added that it would be "a matter of weeks" before additional progress can be observed as construction commences.

"Dili na gyud na siya drawing (This is no longer a 'drawing')," he said in jest, adding he also expressed concerns that there would be delays brought about the current pandemic.