Oh my GAD!: Champions and companions of PGFPS recognized 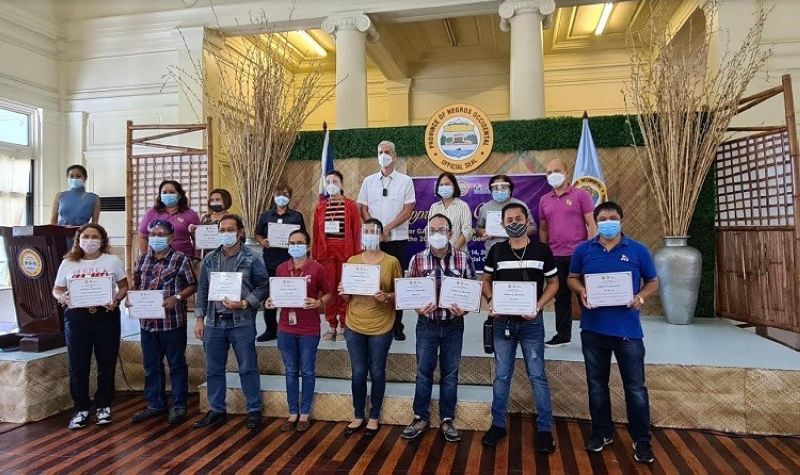 NEGROS OCCIDENTAL. Some members of the Press are recognized during the 2020 Provincial Gender Journey Appreciation Ceremony held at the Provincial Capitol Social Hall. (Photo by Carla N. Cañet) 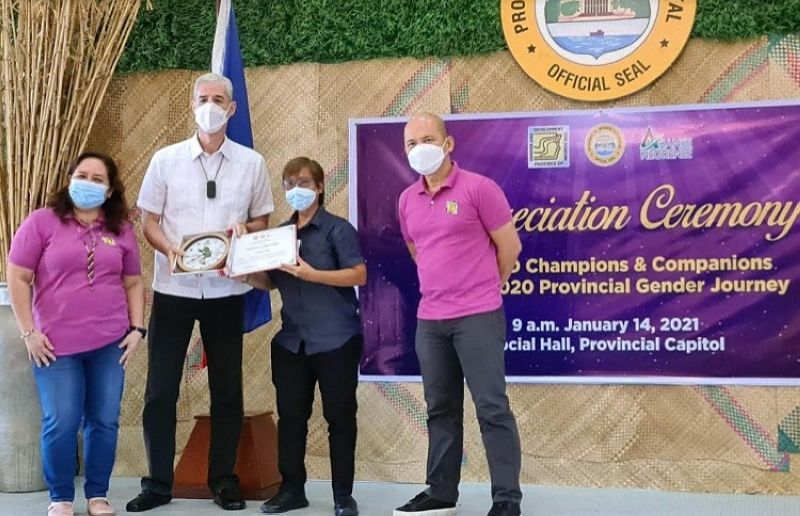 NEGROS OCCIDENTAL. Sunstar journalist Carla N. Cañet (3rd from left) is among those who are recognized by PGFPS for her contribution to women empowerment and gender equality. Also in the photo is Provincial Administrator lawyer Rayfrando Diaz (right). (Photo by Carla N. Cañet) 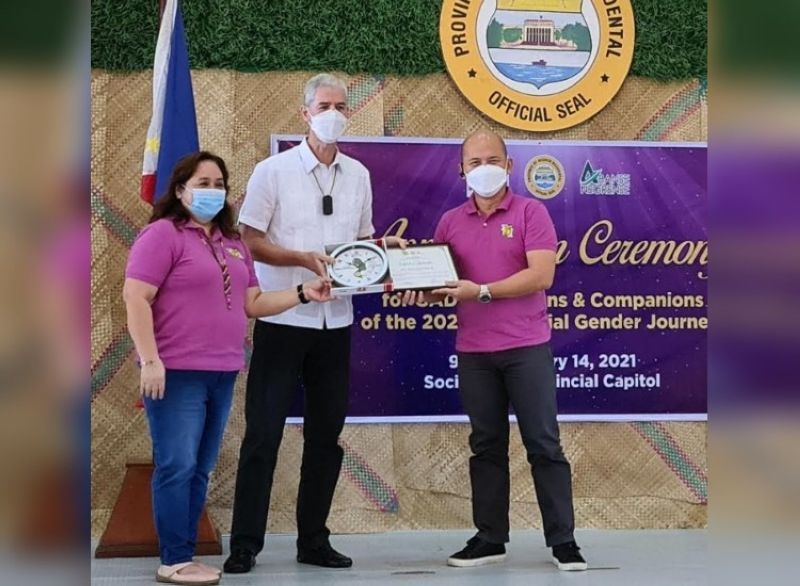 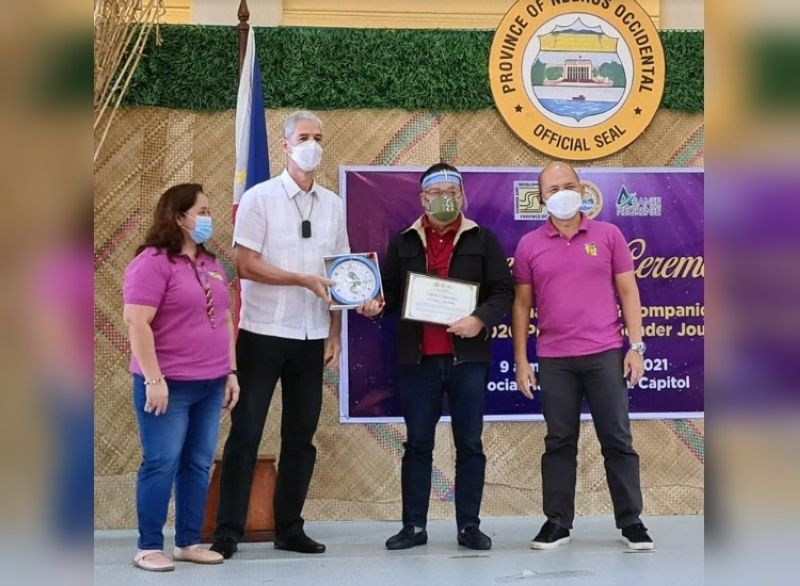 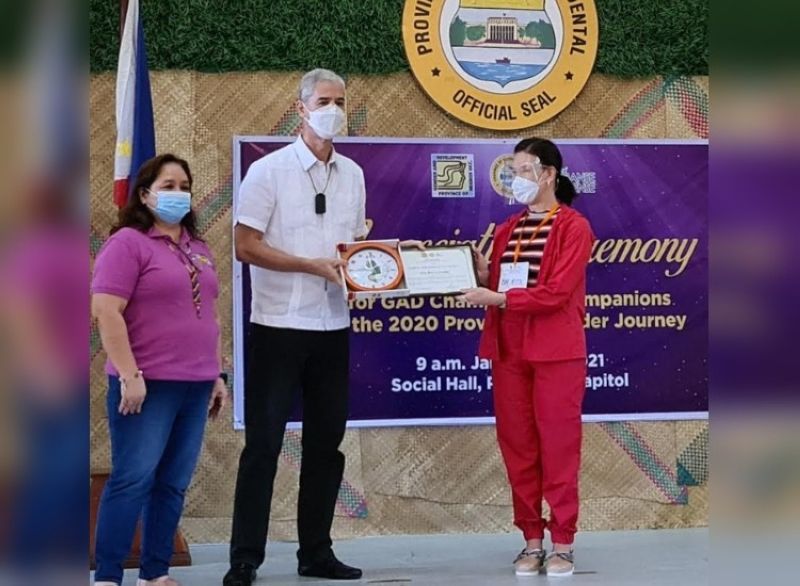 NEGROS OCCIDENTAL. Board member Rita Gatuslao receives her certificate of appreciation for her valuable service rendered to advance women empowerment and gender equality given by the honorable Governor Bong Lacson and Marie June Pavillar-Castro. (Photo by Carla N. Cañet) 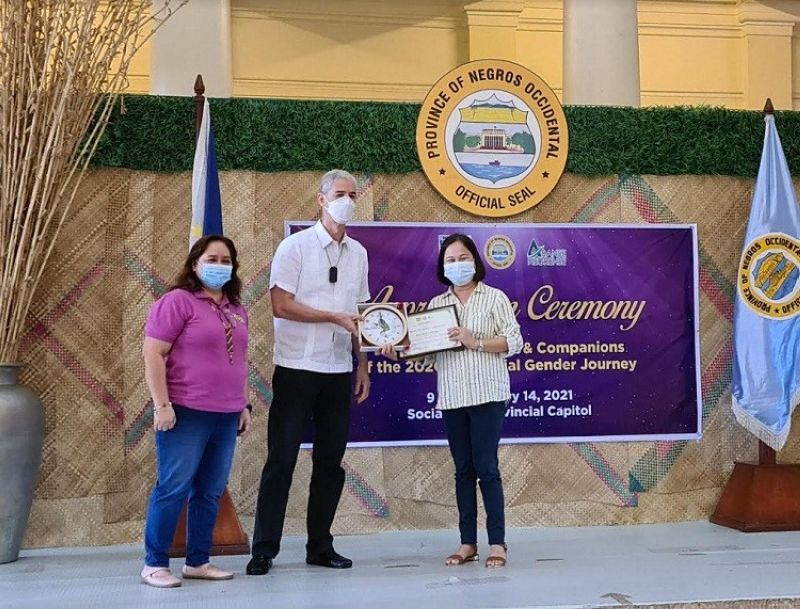 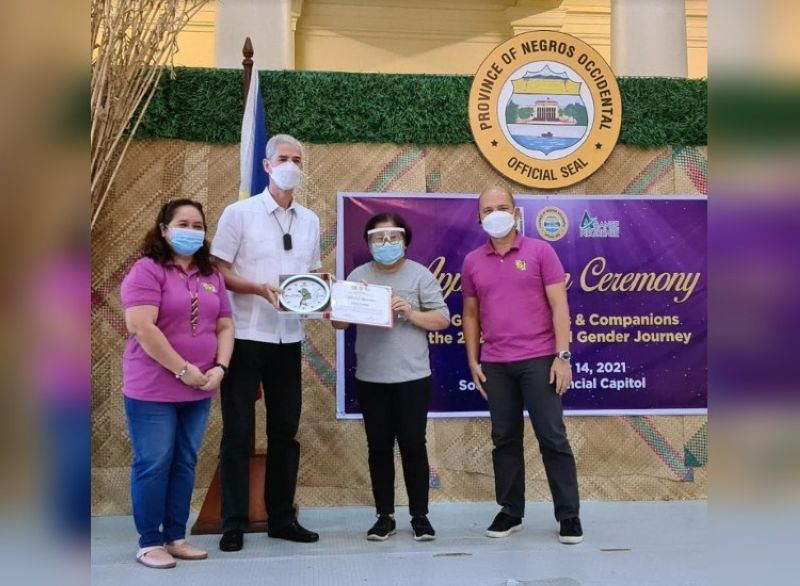 NEGROS OCCIDENTAL. Seasoned Philippine Daily Inquirer correspondent and Digicast journalist Carla P. Gomez, (3rd from right) is among those who are recognized during the 2020 Provincial Gender Journey Appreciation Ceremony. With her are Governor Lacson, Marie June Pavillar-Castro and lawyer Rayfrando Diaz. (Photo by Carla N. Cañet) 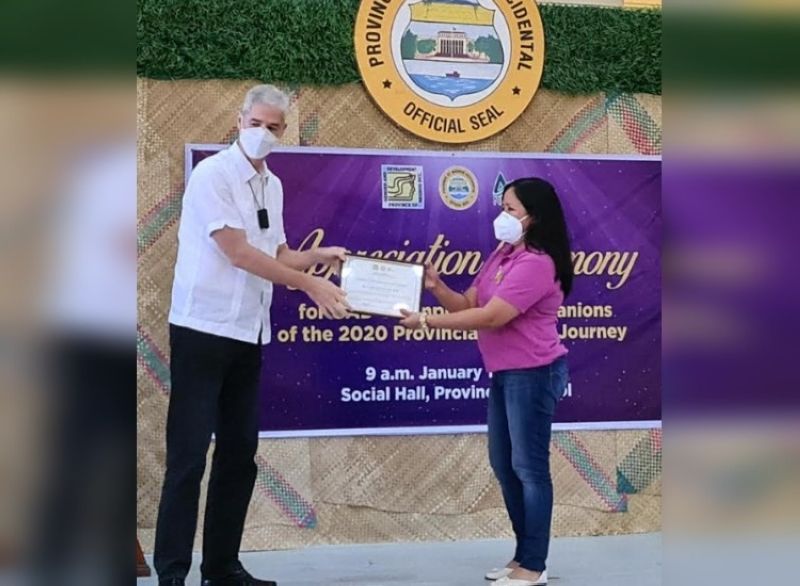 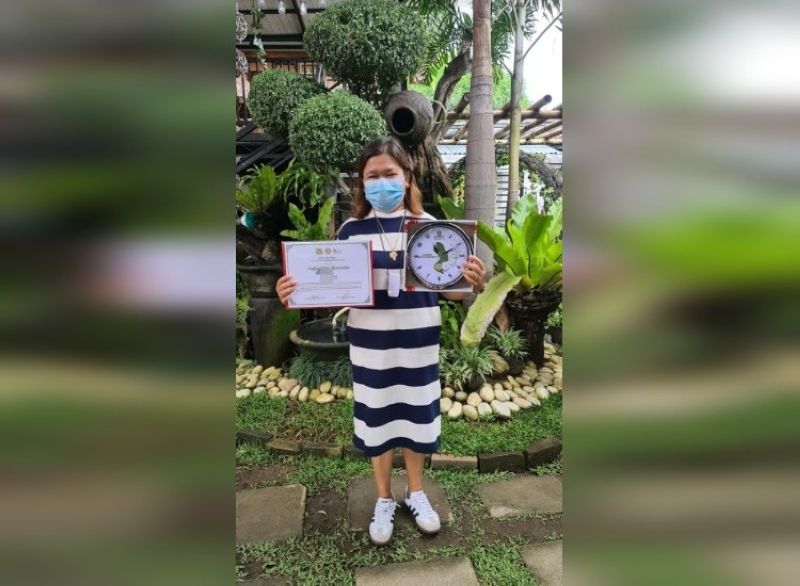 NEGROS OCCIDENTAL. Sunstar journalist Teresa Ellera is also among the members of the Press who are recognized during the 2020 Provincial Gender Journey. (Photo by Carla N. Cañet)

SEVERAL Negrenses both in the public and private sectors were recognized by the Provincial Government of Negros Occidental Provincial Gender and Development Focal Point System (PGFPS) for their valuable contribution to advance women empowerment and gender equality in rites held at the Provincial Capitol Social Hall on January 14, 2021.

Governor Eugenio Jose Lacson who chairs the PGFPS and Marie June Pavillar-Castro, Action officer of PGFPS, extended such recognition to several Negrenses who were considered champions and companions of the PGFPS in the light of women empowerment and gender equality.

The said activity was about the 2020 Provincial Gender Journey as part of the Gender Development Stakeholders Conference - Workshop held at the Capitol's Social Hall.

Lacson said that the Covid-19 has made women more vulnerable due to existing gender qualities and magnified some more gender-based concerns.

"But our champions and companions persevered and took the steps necessary to protect the Negrense women and children in the furtherance of empowerment and justice," he said.

For the previous years, the province GAD budget supported programs for scholarships, training, health, livelihood, and income generation, and social services particularly assisting victims of violence, and the advocacy for the elimination of violence against women (VAW) and promotion of responsible parenthood.

"While our offices adjusted and adopted protocols of the new normal in implementing GAD projects, those which required face to face activities were deferred. We have realigned a budget of P20 million for gender-responsive intervention to Covid-19 and the new normal," he said.

This year, the GAD budget was increased, he reported.

Those who were recognized were from various government agencies including some members of the Press who played a vital role in advancing women empowerment and gender equality.

Meanwhile, Pillar-Castro said, "every year, we have a gender journey. Last year, we had a challenging year but we have survived. We hope that we will continue to do more to advance the cause of women in our community."