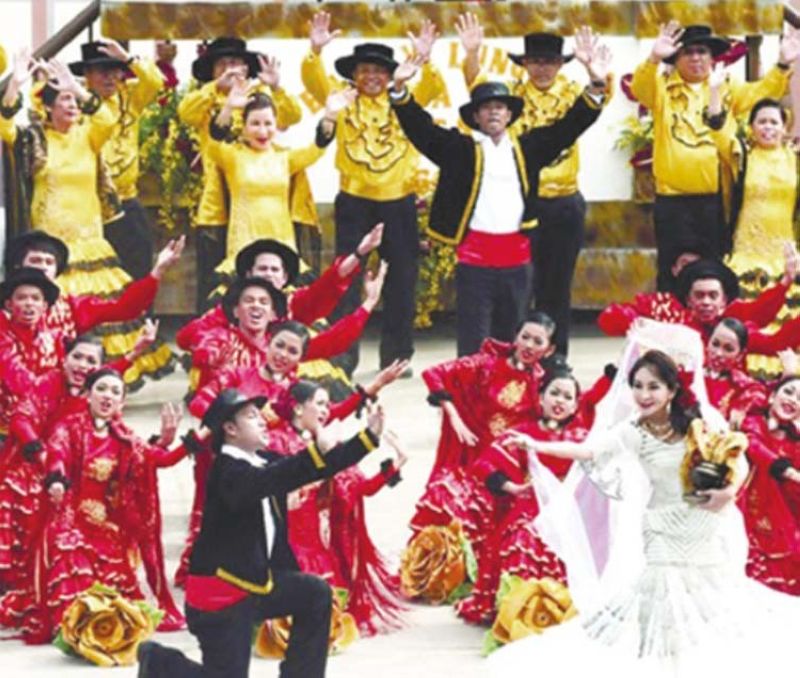 SINULOG AT THE CAPITOL. In this January 2012 file foto, Cebu Gov. Gwendolyn Garcia, dressed as a Spanish señorita by designer Cary Santiago, performs with the La Torta Festival dancers from Argao, during the 2012 Sinulog Festival. Despite no Sinulog this year due to the Covid-19 pandemic, Garcia will still dance at the Cebu Provincial Capitol on Jan. 17, 2021 as an offering to the Snr. Sto. Niño for blessings she has received since last year, including two acquittals from controversial cases against her. / SunStar File

DESPITE the postponement of the Sinulog Festival, Cebu Gov. Gwendolyn Garcia said she and other Capitol officials will offer a dance presentation for Señor Sto. Niño at the Capitol grounds on Sunday, Jan. 17, 2021.

Garcia said the dance presentation will serve as her “halad” or offering to the Holy Child for giving her so many blessings during the previous year, including the dismissal of two controversial court cases against her.

In 2020, the Sandiganbayan dismissed the case filed against Garcia and seven others involved in the controversial sale of the P98.9-million Balili property in the City of Naga, southern Cebu.

Earlier this month, the Office of the Ombudsman overturned its previous decision and dismissed the criminal charges filed against Garcia and 11 others over alleged anomalies in the construction of the P830-million Cebu International Convention Center (CICC) in 2006.

“I feel that it is my moral duty to still give homage to the Sto. Nino who has blessed the Province so much. On a personal note, he too has blessed me so much, protecting me against all false charges and accusations, vindicating my name and my family’s name,” Garcia said, in a press conference at her office on Jan. 14.

With the Covid-19 pandemic still ongoing, minimum health protocol will be observed during the governor’s performance including limiting her back-up dancers to only six.

The performance will be recorded and broadcast on the Capitol’s official social media sites while Garcia’s performances in the previous Sinulog Festivals will be played as well.

Garcia had been participating in Sinulog Festivals since 2005.

Despite facing a six-month suspension in the latter part of 2012, Garcia still participated during the 2013 Sinulog Festival.

Upon returning to the Capitol after the 2019 midterm elections, Garcia also performed during the 2020 Sinulog Festival. / ANV / JKV