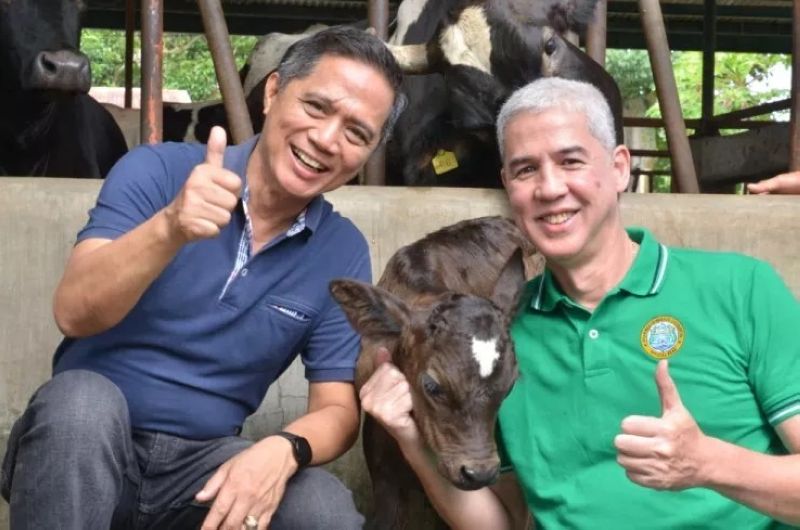 The Provincial Veterinary Office (PVO) of Negros Occidental, through its Provincial Animal Genetic Improvement Program (Pagip), is working on increasing the production of genetically improved livestock and poultry animal stocks in the province amid the prevailing coronavirus disease (Covid-19) pandemic.

“Continue improving the genetic makeup of local stocks will enable us to meet the current breeding and production requirements of various industry stakeholders,” he added.

The PVO reported that the province has also infused some 1,000-head breeder piglets last year.

These were distributed to 31 component cities and municipalities in the province for sow making, which is aimed at increasing the breeding herd population and pork production.

Each of the local government units (LGUs) received 30 heads, or totaling to 930 heads for the entire province.

Governor Eugenio Jose Lacson led the turnover of these breeder piglets along with other local officials.

Some 70 other heads, meanwhile, were distributed to the members of the Alliance of Hog Raisers Association of Negros Occidental (Ahrano).

The association has been a longtime partner-people's organization of the PVO in genetic improvement and development of the local backyard swine industry.

Alongside breeder stocks distribution, the PVO has also inaugurated and turned over various facilities like Swine Artificial Insemination and Laboratory Centers.

These centers served as breeding facilities consisting of a building, AI and laboratory equipment with a purebred boar component.

Decena said the establishment of these breeding facilities is a continuing project under Pagip.

For the poultry sector, the PVO has also turned over and made operational three poultry multipliers last year.

It was a package consisting of a building, hatching and brooding equipment, and startup breeders valued at P550,000 each.

With this, the province now has nine existing duck multipliers and twelve existing free-range chicken multipliers.

Decena said these multiplier farms served as breeding-base and source of stocks to boost and improve pekin duck and free-range chicken production in the province.

The Pagip is a provincial initiative to upgrade the genetic composition of the locally-existing breeder livestock and poultry through the infusion of purebred breeder stocks among backyard raisers, he stressed.