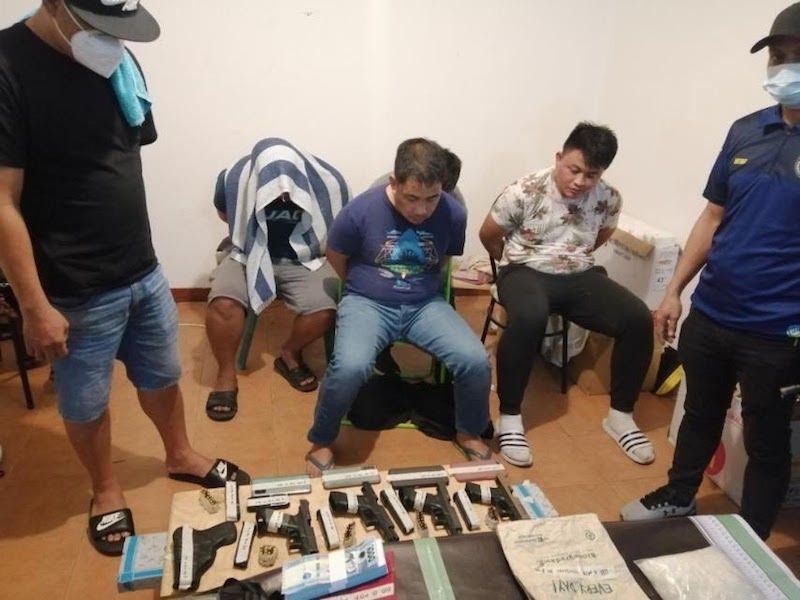 They are all members of the Drug Enforcement Unit of the Olongapo City Police Office.

He said Dabu is part of a group of foreign nationals and Filipinos who are operating an illegal drug laboratory that produces three to four kilos of methamphetamine hydrochloride (shabu) per day. Their output is distributed in Central Luzon and Metro Manila.

The drug bust was conducted at around 12:30 a.m. in Finback West Kalayaan at the Subic Bay Metropolitan Authority by the Criminal Investigation and Detection Group in coordination with the local police and the Philippine Drug Enforcement Agency (PDEA).

A kitchen-type laboratory was discovered during the operation, Usana said in a press conference in Camp Crame.

Recovered during the operation were around one kilogram of shabu valued at P6.8 million, another 300 grams which was to be sold during the drug bust, and drug manufacturing paraphernalia.

“The raw materials are reportedly imported from other countries which were inserted in the legal shipments to mislead the authorities,” said Sinas.

Sinas said the group is categorized as an organized crime group considering that they have unlimited financial resources and contact persons as protectors.

Usana said the policemen were immediately disarmed and were placed under the Police Holding and Accounting Unit. (SunStar Philippines)