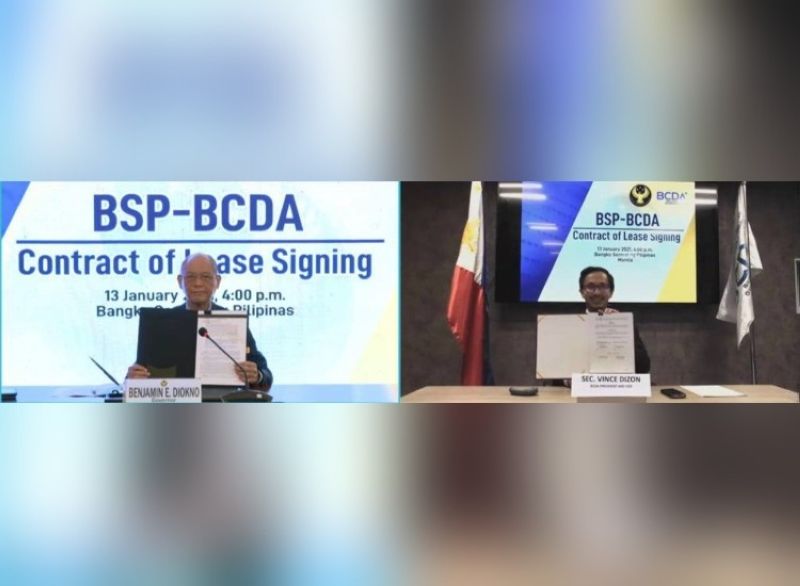 THE Bangko Sentral ng Pilipinas (BSP) and the Bases Conversion and Development Authority (BCDA) recently signed a contract for lease of a parcel of land at the New Clark City’s National Government Administrative Center (NCC-NGAC) in Capas, Tarlac that will become the site for the new BSP Complex.

"The signing of the contract of lease brings BSP closer to its goal of building a smart, green and modern facility for its operations. This will further bolster the BSP’s capacity to perform its mandate," Diokno said.

Covering more than 300,000 square meters, the new BSP Complex in NCC-NGAC will house the BSP’s facilities for security printing, minting and refining, cash operations, and production of national identification cards, as well as other structures and facilities that will support BSP’s operations.

“We are very excited that the BSP has decided to move its currency printing and mint facilities to New Clark City. A state-of-the-art facility will rise in New Clark City in the coming years—a testament to the administration’s vision of developing a modern, sustainable, resilient and inclusive metropolis while decongesting Metro Manila,” BCDA President Dizon said.