Duterte-Carpio distances anew from calls to run for presidency 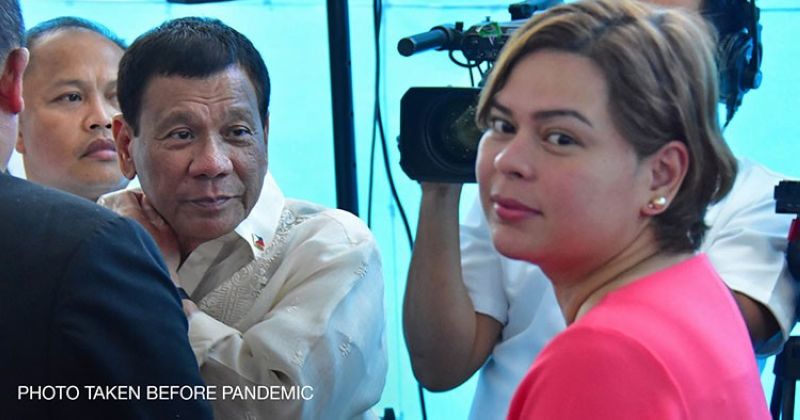 DAVAO City Mayor Sara Duterte-Carpio distanced anew from the calls for her to run for the presidency in 2022.

In her radio interview on Friday, January 15, Duterte-Carpio said she "is not running" in the next election even though a recent survey by Pulse Asia Research Inc. showed she was among the top presidentiables in the country.

President Rodrigo Duterte on Thursday, January 14, cautioned her about running for presidency.

"My daughter inuudyok naman nila, sabi ko (They are persuading my daughter, but I said), 'My daughter is not running.' I told Inday [Sara] not to run kasi naawa ako sa dadaanan niya na dinaanan ko (I told Inday not to run because I would feel bad if she had to go through what I am experiencing)," the President said.

He said the presidency is "not meant for women."

This is not the first time President Duterte discouraged his daughter from running for presidency.

In response, the presidential daughter said, "Opinion na niya [President Duterte] (It is his opinion.) That is up to the people whether they will respect or react violently sa iyang (to his) opinion."

Duterte-Carpio had also topped on other surveys from various polling bodies, including the recently conducted Octa Research for the 2022 Presidential Elections.

"Wala ka talagang makuha diyan, pagod lang (You will not get anything out of it, just stress)," he added.

In February 2019, Duterte-Carpio said she would make a decision on a possible bid for presidency by 2021.

However, the mayor had recently asked Pulse Asia and other research organizations to have her name removed from the list of any surveys on the upcoming presidential elections 2022.

"I respectfully suggest to survey organizations to remove my name from the choices... Wala ta naghunahuna karon og eleksyon (We are not thinking of the elections these days)," she said in a previous radio interview.

She emphasized that her focus remains on how to survive "the economic and humanitarian crisis still in front of us as we continue to battle the effects of Covid-19 on our people and our country."