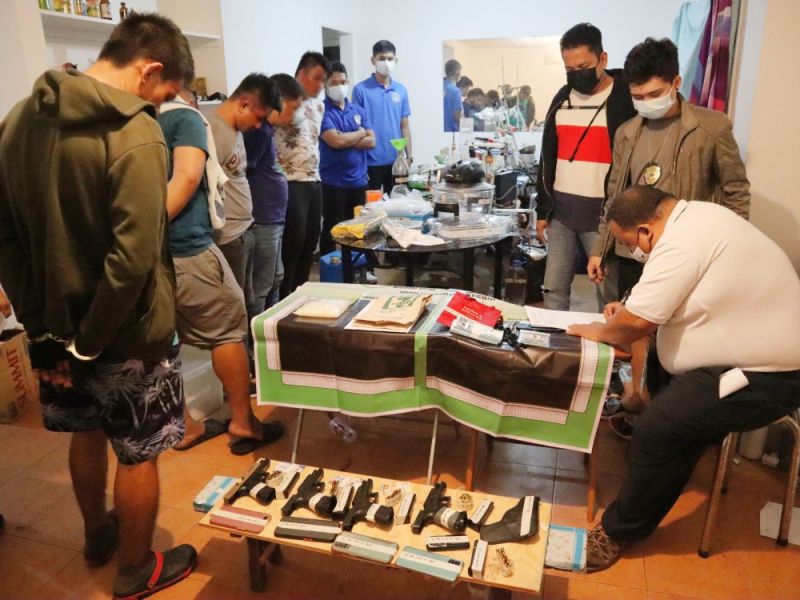 SHABU LAB. Police confiscated one kilo and 300 grams of shabu, guns, equipment and other paraphernalia at a clandestine laboratory inside the Subic Freeport. Four police officers and a civilian were arrested on Friday, January 15, 2021. (Ric Sapnu)

De Leon said Dabu is the alleged maintainer of the laboratory and the said police officers were reportedly his “protectors.”

Dabu was identified as an alleged member of the Australian-European drug syndicate, De Leon said.

He said the laboratory can produce three to four kilos of shabu a day, which are partially distributed in Central Luzon and Metro Manila.

The group is categorized as an organized crime group, considering they have unlimited financial resources and contact persons as protector.

De Leon said the raw materials are reportedly imported from other countries that were inserted in legal shipments to mislead authorities. (Ric Sapnu)