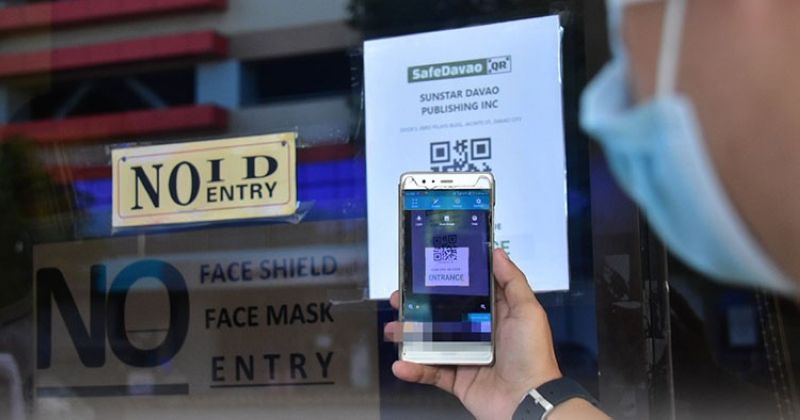 DABAWENYOS who were exposed to a coronavirus-positive person will now be notified through a text message, as part of the pilot enforcement of the Safe Davao QR (DQR).

In an advisory posted on DQR's Facebook page on Friday, January 15, those who were registered with the city's contact tracing QR will now be receiving text messages notifying them that they were in close contact with a Covid-19 person.

"The message shall contain symptoms to look out for and what you need to do when you experience such symptoms," the advisory states.

It added, "Upon receiving the message, please do not panic. Please READ and FOLLOW the instructions."

Davao City Mayor Sara Duterte-Carpio said in a radio interview that it is a step toward full enforcement of the DQR by piloting it through "push notification."

The mayor, however, said text notification does not include a case interview.

Duterte-Carpio said this is part of the DQR's contact tracing purpose to notify individuals who were in the same area where a positive patient had a contact history.

Through this, the mayor said they would be cautioned on their actions, if in case they would not go on self-quarantine.

"Para kung man, inkaso, affected siya -- meaning natakdan siya, dili na mu-spread or mudaghan [ang kaso] (In case that person is infected, he or she will no longer be spreading the virus, which would lead to additional cases)," Duterte-Carpio said.

To ensure that scammers will not take advantage of the DQR's text notification, based on the information in their recent meeting, the City will be using a "masked phone numbers" wherein the sender's contact number will not appear, and that the DQR's contact name will appear.

She said the text notification would have been easier if all residents are smartphone users since they would immediately receive the notification.

DQR is an electronic contact tracing and travel pass platform intended to be implemented for several purposes.

The QR code system, which was started to be enforced on November 23, 2020, is currently being implemented gradually in the city. Currently, it is being checked by some city and national government offices, selected offices and establishments, quarantine control checkpoints, and city borders.

The mayor admitted in a previous radio interview that the city is still refining its contact tracing module, which would be incorporated in the DQR system, which is why the city cannot go on with its full enforcement.

"We want to ensure that when we introduce ang features sa (the features of the) DQR, wala na gyud mga problema (we won't be encountering problems) and glitches," Duterte-Carpio said.