Group weighs in on vaccine assistance from mining 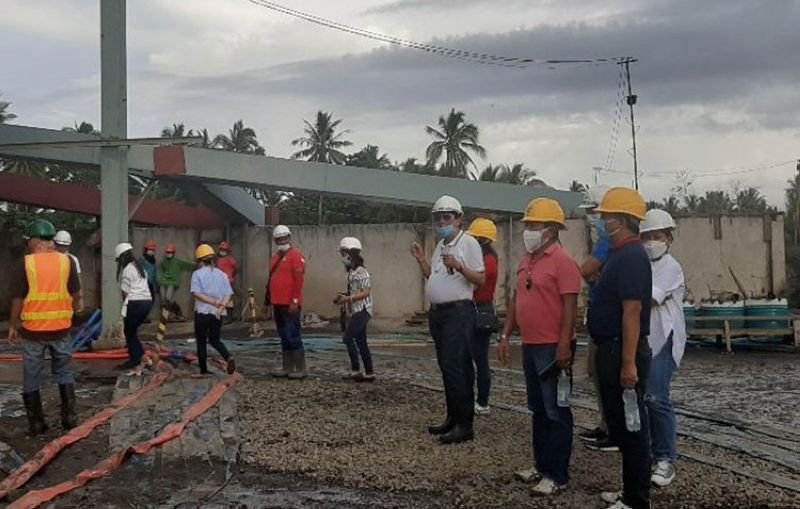 AN ANTI-MINING group has expressed its reservation over the plan of a mining company to help finance the procurement of vaccines against coronavirus disease (Covid-19) in Leyte.

“The national government has all the machineries and resources to ensure its citizens are safely vaccinated. The intention may be good but it will only further divide the people,” said Fara Diva Gamalo of Freedom from Debt Coalition (FDC)-Eastern Visayas.

“They can help the people of McArthur and nearby towns without destroying the land. They can donate the funds to improve the agriculture sector,” added Gamalo, whose group is helping the Save MacArthur Leyte Movement (Samacamo) in its resistance to the black sand mining operation in Macarthur, Leyte.

“Mining the area will only worsen the food security problem especially these times where almost all our rice-producing towns in the region were submerged in water,” Gamalo told Sunstar Philippines.

The MacArthur Iron Sand Project Corp. (MIPC), which invested around P500 million in its operation, said that it is “deliberating” on how much fund it would allocate for the vaccines.

"We intend to supplement the vaccine supply because this is a primary need in this pandemic," the MIPC management said on Thursday, January 14, 2021.

MIPC said it will present its proposal to the Provincial Government of Leyte since it is not authorized to transact with vaccine companies.

"If we can consolidate all efforts, the impact will be great," said MIPC, adding that it recommended the local residents as priority in their vaccine allocation.

MIPC, which obtained mining claims of around 300 hectares for three years in MacArthur, has hired around 300 workers in the said town alone.

Amid the Covid-19 pandemic, MIPC management said it continued with its health assistance to the residents in MacArthur through its medical mission and distribution of medical equipment, medicines, and rescue gears.

Meanwhile, MacArthur parish priest Amadeo Alvero expressed concern over MIPC’s initiative, saying “there is a string attached to that move.”

“I think it is meant to lead MacArthurnons to consent to their operation of mining. But if the people accept that, I would respect their decision,” Alvero said.

According to Mines and Geosciences Bureau (MGB)-Eastern Visayas, MIPC is “one of the priority mining projects tapped by the government to help the economy which is adversely affected by Covid-19.”

MIPC was given mining claims of 2,300 hectares in MacArthur, Javier, and Abuyog towns in Leyte. (SunStar Philippines)