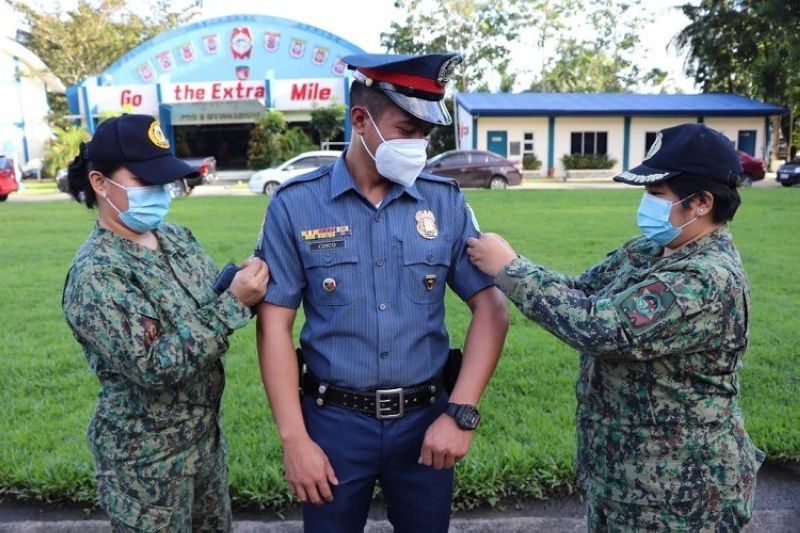 A TOTAL of 989 police officers took their oath in Eastern Visayas following their promotion on Friday, January 15, 2021.

"It is my moral obligation to remind you that promotion is a raise in rank or position, and so it is necessary for you to raise your standards as well," said Regional Director Brigadier General Ronald De Jesus in his speech during the simultaneous pinning and donning of ranks.

"Now more than ever, the organization expects you to support and contribute more to public service, excellence, professionalism, and good governance," De Jesus added.

Out of the 989 newly promoted personnel, 36 were promoted from the ranks of Captain to Major and eight for Lieutenant to Captain, according to the Police Regional Office-Eastern Visayas.

De Jesus maintained that the promotion also "aims to uplift the morale" of the police officers as part of their career development.

The official also acknowledged the presence of National Police Commission representatives during the ceremony. (SunStar Philippines)