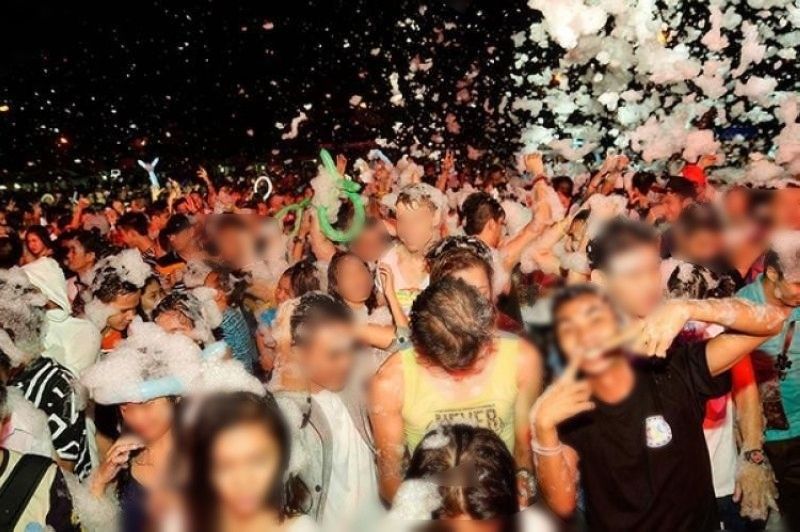 Remember the wild street parties? Paint and sweaty bodies everywhere? Yeah, Sinulog is a place to get merry all right, sometimes too merry. And when we have a couple of drinks, we just couldn't escape making a fool of ourselves.

Here are some Sinulog party confessions sent to us by our readers. And yes, social distancing wasn't a thing back then.

Back when Sinulog street parties were a thing, my friends and I really loved to turn it up.

One time, we were partying in Baseline. All of us were chanting "Sinulog" and eventually, everyone in that area, my friends and I included, went into this sort of moshpit/group hug because as we all know, we're all friends and family during this festive time.

As we were enjoying our time, jumping up and down and just enjoying the best time of our lives, a car was trying to pass by the area and IMMEDIATELY the crowd dispersed.

My friend, on the other hand, was a little too drunk to get away from the main road. She tripped and fell flat in the middle of the road. A guy then yelled out "HUY, KINSA NANG BALYENA?" It was a pretty bad joke, but seeing how she fell and remained lying down on the street while laughing, we laughed before we decided to help her.

During my first Sinulog, my friends and I were out partying along the Baseline area. Everyone was drunk at that point. A couple of guys decided to be matchmakers and brought out the "love tunnel" or a large beer bong used to chug a mixture of beer and some spirits. People would push "strangers" to the "love tunnel" and have them drink the alcohol concoction. Everyone would then chant "Chula! Chula!" to pressure them to make out. Of course, we were one of those who chanted -- louder than the next guy.

We kept screaming "chula" at the top of our lungs. Pairs would then drink and make out.

In my somewhat tipsy state, I was already thinking out loud. I unexpectedly blurted out, "Ako na pud! Ako na pud!"

Everyone in the area stopped to look at me dead in the eyes. It was like the laughter died down when I said it. In my embarrassed state, I played along and kept insisting. "Ako na pud!" and held on to the beer bong. I know I had no chance at that point, but in my mind, I just wanted them to think I was joking. My embarrassed friends then tried to leave without me, but I chased them. One of my friends said the crowd we were in was probably a group of friends and we just crashed their celebration. They weren't strangers at all! Yikes!

Sinulog is one of my favorite times of the year.

Before adulting was a thing, I was usually out with my friends savoring the sweet, sweet Sinulog street parties.

The street parties were especially my favorite because everybody thought I was a tourist. At first, it was pretty confusing to be told "WELCOME TO CEBU" when I pretty much lived here all my life. However, I learned to embrace being a "tourist" and just played along! Sometimes, I was a Korean, Japanese, Chinese, and even American. Whatever my "nationality" was, I answered back with "salamat," "mabuhay," or even "Pit Señor" in my best tourist-y accent.

(Embarrassing Sinulog story. 2009 Sinulog. I got drunk. Left my motorcycle at the parking lot of Mango Square Mall. I rode a taxi going home while I was wearing my motorcycle helmet. When I woke up, I panicked because I thought someone stole my motorcycle as it was not in the garage. When my brother passed by, he told me I left it at Mango Square.)

(I made an arrangement with someone during Sinulog that we would meet at a certain time at SM because this person is from Minglanilla. She already arrived, while I was still winging it in my boarding house. When I finally left my house, I could no longer cross over the street to EMall (where public transportation usually stays) because the Sinulog Grand Parade already started. The ending, it was late in the day, she went home when I had the audacity to ask her to change our meeting place at Colonade so that we could go to the [Basilica del] Santo Niño. This was in 2014 and we weren't even that close.)