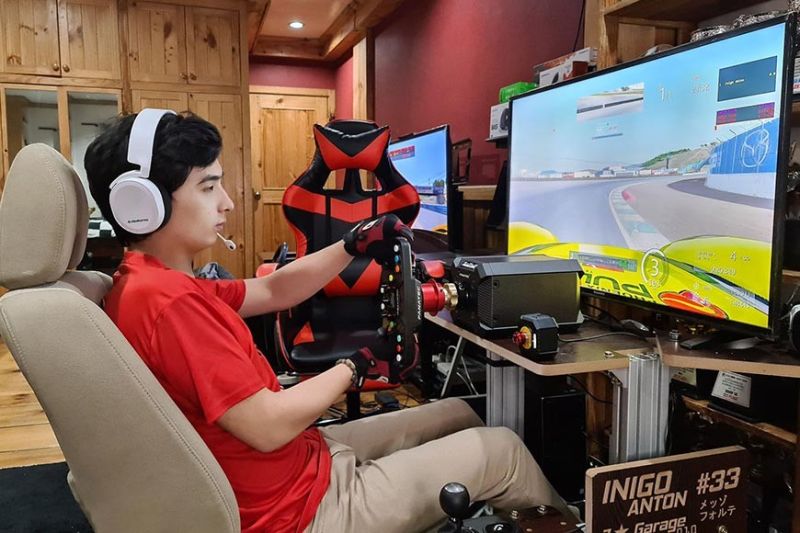 BAGUIO CITY’S racing phenomenon Iñigo Anton of Obengers Racing Team, did not let the pandemic stop him for winning championships in racing.

The multi-champion in real life racing wrapped up his third championship title for the year in virtual racing by winning the 2020 Phoenix Pulse Formula V1 Virtual Cup in the thrilling finale at the Clark International Speedway on December 2020.

Coming into the last round of the championship, Anton only had a slight lead ahead of his simulator racing coach and one of Philippine’s best virtual racers, Luis Moreno.

“With double points up for grabs in the last round, it was anybody’s ball game for the title and I was really pressured during qualifying,” Anton said.

Anton only managed to qualify third while Moreno took pole position and Russel Reyes in P2.

There were two races in the last round and the first race saw Russel Reyes finishing first, while Anton managed to finish ahead of Moreno who ended up third place.

Anton only had to finish behind Moreno in the last race. The final race was a reverse grid race so both Anton and Moreno started mid pack at 8th and 9th respectively.

Both racers sliced through the field in just the opening lap. They quickly found themselves battling it out for the lead once again by lap two, with Anton leading Moreno.

Anton tried his best to hold on to the lead but Moreno eventually took the race win.

Anton finished second but garnered enough points to win the championship over Moreno.

“I was so relieved after crossing the finish line because anything could have happened in the race and I just tried to keep away from any trouble and played it safe. Moreno was so fast and I could not really match his pace,” Anton said after the race.

For the overall result in the PRO class, Anton garnered a total of 46.5 points, Moreno got 138 points and Russel Reyes, who won race five, eventually came in third with 90 points.

In the AM class, Andre Varquez was named champion with 152 points, while Aldo Balagulan was second overall with 114.4 points and Julian Corvin Tang came in third with 100.5 points.

Both Anton and Tang drove for the Obengers Racing Team and their combined overall points made the team Obengers win the team championship.

One of the prizes that Anton gets for winning the Phoenix Pulse Formula V1 Virtual Cup is getting a real test drive with the Tuason Racing Team Formula V1 race car at Clark International Raceway in 2021.

Anton also won an OMP Racing Suit and gloves, P10,000 worth of Phoenix Petroleum Gift Certificates and an LG TV.

“I feel all my racing in the simulator in 2020 will make me a much better and faster driver once I get back to real car racing this 2021,” Anton added. (SunStar Baguio)