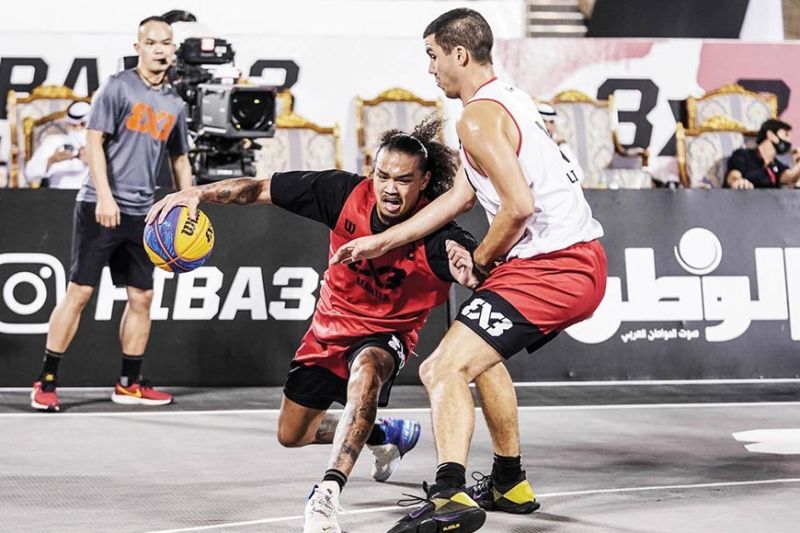 TOP-RANKED PLAYER. After a stellar amateur career, highly-rated prospect Joshua Munzon (left) is ready to take his talents to the pros. / Chooks-to-Go

POTENTIAL top pick Joshua Munzon has formalized his entry into the 2021 PBA Rookie Draft after he submitted his application to the PBA office on Friday, Jan. 15, 2021.

The 25-year-old is one of the most dominant players in the amateur ranks today. He has long had the eye of pro coaches after his stellar stint in the Association of Southeast Asian Nations Basketball League where he played for the Saigon Heat and Westports Malaysia Dragons.

Munzon then proved the hype was real as he averaged an eye-popping 35.0 points, 10.0 rebounds and 4.2 assists in the 2019 PBA D-League Aspirants’ Cup while playing for the AMA Online Education.

The last two years saw Munzon become a star in the 3x3 scene where he became the top-ranked Fiba player in the country, bannering the national team in several international tournaments. He is also set to play in the Fiba 3x3 Olympic Qualifying Tournament in Graz, Austria this May.

Munzon’s entry into the 2021 PBA Rookie Draft brings the number of draft hopefuls to 42, 12 of whom are Filipino-foreign players. The deadline for submission of applications is on Jan. 27. (JNP)