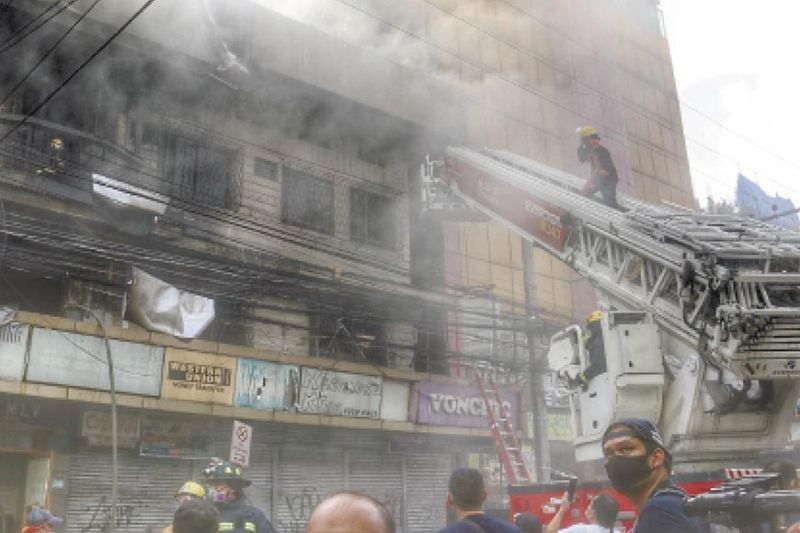 POSSIBLE CAUSE. Investigators are looking at electrical misuse as possible cause for the fire that struck a pension house along Junquera St. in Barangay San Antonio, Cebu City on Saturday, Jan. 16, 2021. / AMPER CAMPAÑA

AN AFTERNOON blaze that gutted a pension house on Junquera St. in Barangay San Antonio, Cebu City on Saturday, Jan. 16, 2021, killed one man and injured two others.

The fatality was identified as Estrelito Baiño, 35, a resident of the pension house.

According to initial reports, the victim had gone back inside to retrieve his cellular phone. However, these have yet to be verified.

Fire investigators were able to recover Baiño’s body inside his burnt room on the second floor of the building owned by a certain Nenil Ongloyko.

Fire Officer 2 Emerson Arseo of the Cebu City Fire Department said they first received the fire alarm at 2:50 p.m. They had the fire under control nine minutes later, he said.

Fire authorities estimated the damage to properties at P300,000.

Arseo said they have yet to determine the cause of the blaze, but there is a possibility that electrical misuse may have been responsible. (BBT / JKV)