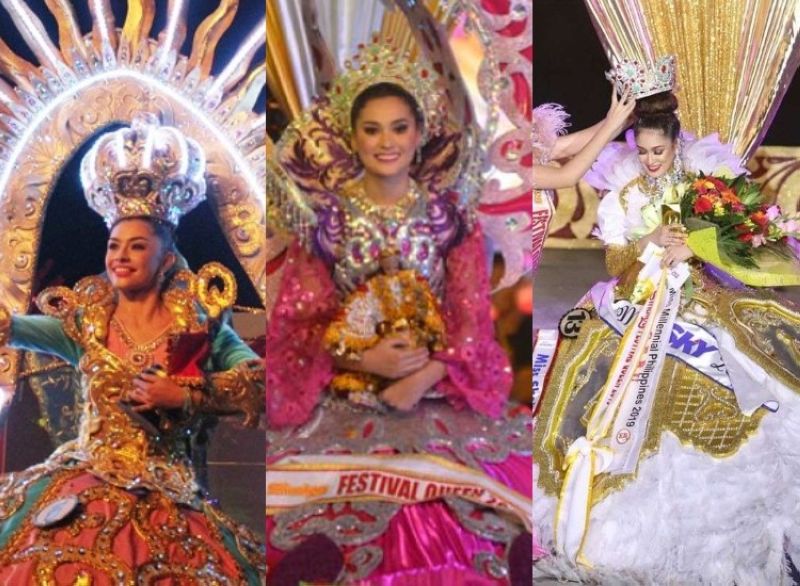 THE Sinulog Festival Queen Pageant for the last five years has crowned graceful ladies that embodied the beat, the dance and the vision.

Two out-of-town and three local contingents won the title from 2016 to 2020, with the City of Carcar grabbing two of the five titles.

It was a back-to-back win for Tribu Himag-ulaw when Cynthia Thomalla was crowned as Sinulog Festival Queen 2016 following the reign of Julienne Penserga.

She wowed the crowd with her strong stage presence in her Virgin Mary-inspired festival costume. The pink and blue costume embellished with gold details owned the stage that night.

Cynthia, who was a tourism student, bested all the other candidates and bagged eight special awards.

Marla was dazzling in her white and gold festival costume. She got the beat and the dance, which earned her the Best Solo Performance award. The title also gave her the chance to travel to Las Vegas, USA, and South Korea.

Then-21-year-old and fifth-year dentistry student Shaila Rebortera from Talisay City clinched the coveted Sinulog Festival Queen title in 2018 with a gorgeous smile on her face.

Shaila was pretty in pink. But she came to slay the competition and bagged 10 out of the 16 corporate awards besting 11 other candidates.

With grit and determination, Nicole Borromeo was already a standout in the pre-coronation night presentations of the competition. She was exuding confidence, grace, and class on stage—just some of her queenly qualities.

In the press presentation, the first time the ladies showcase themselves, the 18-year-old Nicole showed eagerness to win the crown.

In the runway competition, she literally owned the stage with her divine white and gold angel costume. However, it was during the coronation night that Nicole reached the peak by bagging most of the major and minor awards.

Sinulog Festival Queen 2020 was anybody’s game with headstrong candidates trying to rise among the best. But it was Tribu Rayhak of Borongan’s Monika Afable that stood out.

Throughout the time of the competition, Monika was the only candidate to ever bring a circular image of the Sto. Nino that went well with her altar-inspired costume.

The young lady from Samar made waves on social media during the height of quarantine. This, after a post of her selling siakoy to earn a little something amidst the pandemic went viral. Netizens were quick to praise her humility and simplicity despite her title.