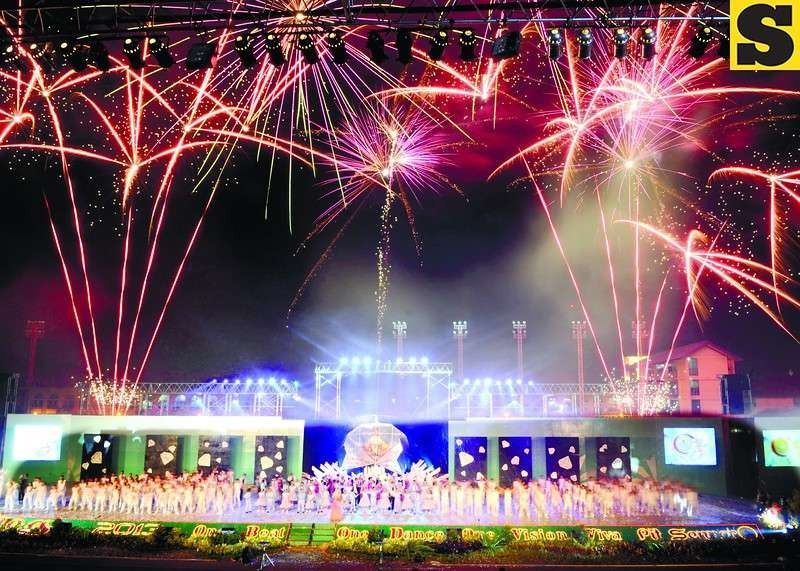 AS MUCH as Cebuanos want to hear the endless beat of the drums, the sharp sound of trumpets and the laughter of people having fun in the streets of Cebu City, all these will not happen this Sinulog in this time of the coronavirus disease 2019 (Covid-19) pandemic.

Sinulog is one of the most vibrant, exciting and popular festivals in the Philippines and is celebrated every third Sunday of January in honor of the Señor Sto. Niño.

From the first parade in 1980 participated in by seven schools and universities, until the recent grandiose celebrations, the “Mother of all Festivals” highlight the faith and devotion of Filipinos.

At the end of every week-long Sinulog celebration is the Sinulog Grand Finale which showcases various messages year after year.

Since most of us are spending fiesta day indoors because of Covid-19, here’s a throwback to the Sinulog Grand Finales from 2015 up to 2020.

Telling the story of the birth of Cebu’s Christianity, the Sinulog Grand Finale 2015 showcased a travelogue featuring the discovery of the image of Sto. Niño in 1521, as the province also marked the 450th anniversary of the founding of the icon.

Cebuana beauty queens like Reyna ng Aliwan 2009 Elizabeth Maynard, the late Miss Tourism International 2012 Rizzini Gomez to name a few, graced the stage. According to then Sinulog Foundation executive director Ricky Ballesteros, they chose Cebuana beauty queens to dance in the grand finale as they reflect the modern-day Queen Juana.

In 2017, the traditional fireworks display may have been left out of the picture for security reasons but the grand finale surely ended with a bang! With over 300 performers, "La Fiesta Cebuana" was truly vibrant, captivating and full of excitement. Incorporating Latin beats and dance forms, the unique finale was a break from the usual Sinulog beat.

Despite the modern take of the finale, it still ended in thanksgiving to the Señor Sto. Niño, for giving Cebuanos an abundance of blessings.

The six-segment finale showcased a family coming home to Cebu City where they travelled to iconic places in the city like the Fuente Osmeña Circle.

The grand finale told the story of Cebu before Portuguese explorer Ferdinand Magellan arrived on the island's shores in 1521.

Alongside Magellan was the Holy Child Señor Sto. Niño who, according to the story, was searching to discover a place where He could establish His kingdom, searching for people who would give Him a throne not made of steel and gold but of hearts ready to accept and love Him as the King.

The Cebu City Government and officials of the Sinulog Foundation Inc. decided to cancel the Sinulog performances set to be held at the South Road Properties (SRP) this Sunday, January 17, after the Philippine National Police and other government agencies cautioned against the staging of the dances.

The decision was made to abide by the Regional Inter-Agency Task Force for the Management of Emerging Infectious Diseases (RIATF) 7 recommendation of no physical and actual performance-based Sinulog Festival activities this year to prevent the spread of Covid-19 infections.

Among those cancelled were the Ritual Dance Showdown and Street Dance Competition.

Although we won't have them this year, it's still fun to go over the grand finales of the past years.