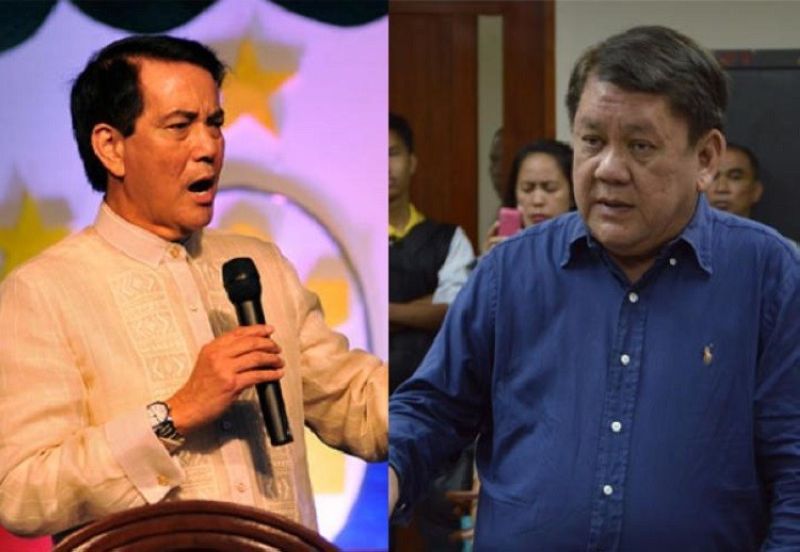 FORMER Cebu City mayor Tomas Osmena was asked what was the biggest mistake in his life. His answer: “Making Rama the mayor.”

Mike Rama, now the city vice mayor, won the mayor’s seat twice: in 2010, under Osmena’s BOPK ((Bando Osmeña Pundok Kauswagan), and in 2013, against Tomas under what is now Partido Barug.

Interviewed on Jayson Monteclar’s “The Not So Late Show” (TNSLS), Tomas said the city government “lost P130 billion” by selling lots at the South Road Properties (SRP) “without public bidding.”

Published stories said the consortium of SM Prime Holdings Inc. and Ayala Land Inc. bought 26.3 hectares while Filinvest Land Inc. secured 19.2 hectares. Recurring attempts by BOPK in the City Council and by Osmena (in a September 2019 lawsuit), have so far failed to rescind or void the sale or stop the use of the proceeds.

'HIT LIST.' Jay Monteclar asked, if killing were not a crime and you could shoot people you hate in the face, whom would you shoot? Wildly hypothetical even for the format of TNSLS (aired last Saturday, January 16), Monteclar’s question pleased Tomas. His answer: “Pwerteng taasa ang lista, oy.” Must be a long list, with Mike Rama probably on top of the heap.

Another flighty question was: If you were trapped in an elevator ride with broadcaster Bobby Nalzaro and LTO (Land Transportation Office) chief Victor Caindec, what would you do? Nalzaro and Caindec were known and vigorous critics of Tomas when he was the mayor.

Tomas said he would “pray,” obviously for the encounter, with “non-friends” being thrown together into one close and enclosed space, not to happen. But quickly, the ex-mayor shifted: “I don’t think of them. Doesn’t matter. Will just ignore them.”

WOULD HE RUN AGAIN? Osmeña did not categorically answer or that part of the recorded interview was not used in Saturday’s TNSLS.

But Tomas told Monteclar that if he were the mayor during the pandemic, he’d buy “200,000 laptops for all college students at P40,000 each,” saying the damage of the plague cannot be repaired if you have “stupid” young men and women.

The plan assumes that even without face-to-face schooling, the personal computer would make the student bright and fit to face the world and, in contrast, having no PCs would turn Pepe and Pilar out of college into dimwits.

VM Rama has gone into “If-I-were-the-mayor” imaginary flights more frequently than Osmena has. But given the coming election season, Tomas’s would be comparing more frequently the mayor’s decisions with his own if he were the one running City Hall.

OTHER ‘TOMASISMS.’ (1) When asked how many times Margot Osmena, former city councilor and wife of Tomas, rejected him during courtship at “age 17 or 18,” before she accepted: “Not once.”

(2) When Monteclar pointed out that a photo showed Tomas looking like Miguel, the Osmena couple’s only son: “There’s another photo, with Miguel looking like me.”

(3) On the meaning of the word “crisis”: “It is composed of two Chinese characters signifying ‘danger’ and ‘opportunity.’ During typhoon Ruping (in 1990), there was no bidding and the government worked fast.”

John Kennedy famously pushed that theory of twin meanings in the word “crisis”: danger and opportunity. But a Chinese professor of language and literature at University of Pennsylvania, Victor Mair, debunked the popular belief that Chinese use the same word for “crisis” as they do for “opportunity.” The first character, “weiji” means “danger.” But the second character “jihui” means something more like “change point.”

“Crisis,” Mair said, “in this context, represents an incipient moment, a crucial point when something begins or changes, Thus, ‘weiji’ is indeed a genuine crisis, a dangerous moment, a time when things start to go awry.”