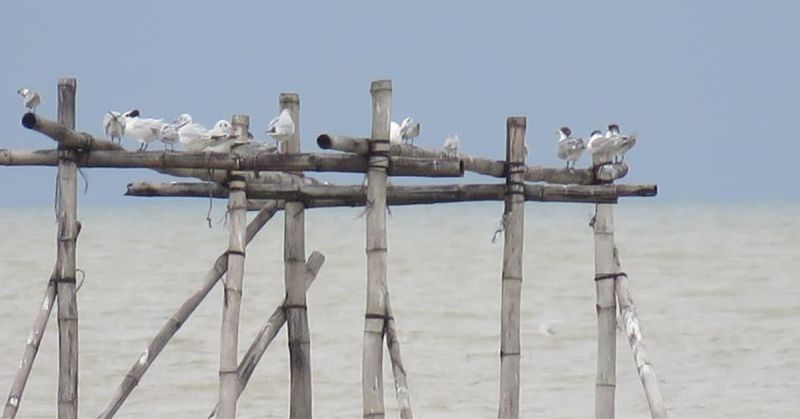 THE Department of Environment and Natural Resources-Davao Region (DENR-Davao) started its birdwatching and counting activities in the different municipalities of the region to obtain information on its population and monitor the condition of the wetlands in the region.

In a press release, DENR-Davao, through its Protected Area Management and Biodiversity Conservation Section (PAMBCS), commenced with its activity as part of the Annual Asian Waterfowl Census (AWC) for migratory birds.

"This activity aims to obtain information on the population of migratory birds and monitor the status and condition of wetlands in the region at the same time. In addition, this activity also aims to encourage greater interest in waterbirds and wetlands amongst citizens," DENR-Davao said.

According to the agency, AWC was initiated in 1987 in the Indian subcontinent and has since grown rapidly to cover major regions of Asia, from Afghanistan eastwards to Japan, Southeast Asia and Australasia.

“There are nine migratory flyways in the world and one of which is the East Asian-Australasian Flyway where the Philippines is a part of. All these flyways are also conducting its census,” DENR-Davao said.

The agency said the DENR-Davao team together with one of its partner bird experts and photographer Pete Simpson sighted several migratory birds including the critically-endangered Chinese Crested Tern in Carmen, Davao del Norte two weeks ago.

They said the annual bird migration season begins in September and extends until February of the following year.

As part of DENR and its partners in their global effort to monitor the population of the migratory birds, birdwatching and counting are being done during that period.

DENR-Davao said migratory birds from other countries such as Siberia, China, Korea, Japan, Australia, and New Zealand come in numbers during this period as they prefer the Philippine wetlands for their nesting, feeding, and breeding grounds while escaping the cold season from their country of origin.

To further raise awareness about the significance of migratory birds as well as the threats that pose them, the World Migratory Bird Day is being celebrated every second Saturday of May and October every year, the agency said.

Wetlands Day is also celebrated every February 2 to highlight the importance of conserving and protecting waterfowls and their habitat.

In the Philippines, volunteers from all sectors are encouraged to join this annual census for them to learn and appreciate the importance of the migration season and the flyways as stopovers for the birds.

DENR-Davao reminded the public that illegal hunting and selling of migratory birds are strictly prohibited.

The agency had previously advised not to hunt nor harm any migratory birds and to also keep distance as certain migratory birds such as wild ducks, gulls, and shorebirds may carry the avian influenza virus or avian flu.

In an advisory signed by DENR Assistant Secretary Ricardo Calderon in September 2020, hunting of migratory birds is prohibited and punishable under Republic Act 9167 or the "Wildlife Resources Conservation and Protection Act."

Violators of the law may face maximum imprisonment of two years and one day to four years and a fine of P30,000 to P300,000.

"These birds stop briefly along wetlands -- swamps, marshes, intertidal and coastal areas, rivers, ponds, lakes, as well as forests throughout the country, to rest and refuel for their onward journey," the DENR official said in an advisory.

Calderon said any information of hunting, illegal transporting or trading of these birds, or any reported dead birds within their area must be reported immediately to DENR.