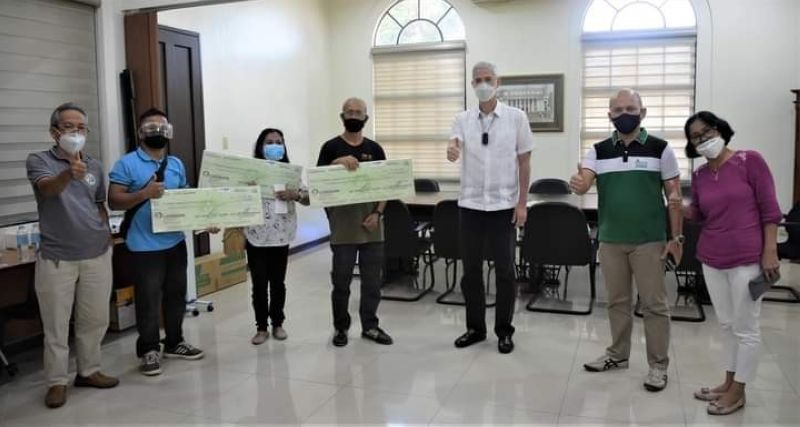 NEGROS OCCIDENTAL. Governor Eugenio Jose Lacson (third from right) leads the turnover of checks worth P3.5 million for native chicken projects to the members of Nabinay Agrarian Reform Cooperative at the Provincial Capitol in Bacolod City on Friday. (Capitol photo)

THE Provincial Government of Negros Occidental has turned over P3.5 million worth of the native chicken project to Nabinay Agrarian Reform Cooperative based at Barangay Daga in Cadiz City.

This is the first tranche of fund transfer for the Negros Native Chicken Breeding, Production and Marketing Enterprise under the Philippine Rural Development Project (PRDP).

Governor Eugenio Jose Lacson led the turnover of checks to the members of the recipient-cooperative at the Provincial Capitol in Bacolod City on Friday, January 15, 2021.

It will concentrate on breeding, fattening and marketing native chickens.

Under the project, six breeding houses will also be constructed to house 100 pullets and 15 cockerels each.

Aside from breeding pens, an area for incubators and feed storage will also be constructed.

It said the PRDP is a national project under the Department of Agriculture that aims to establish a modern, value chain-oriented and climate-resilient agriculture and fisheries sector.

In partnership with the local government units and private sector, the project will be providing key infrastructure, facilities, technology and information to raise incomes, productivity and competitiveness in targeted areas, it added.