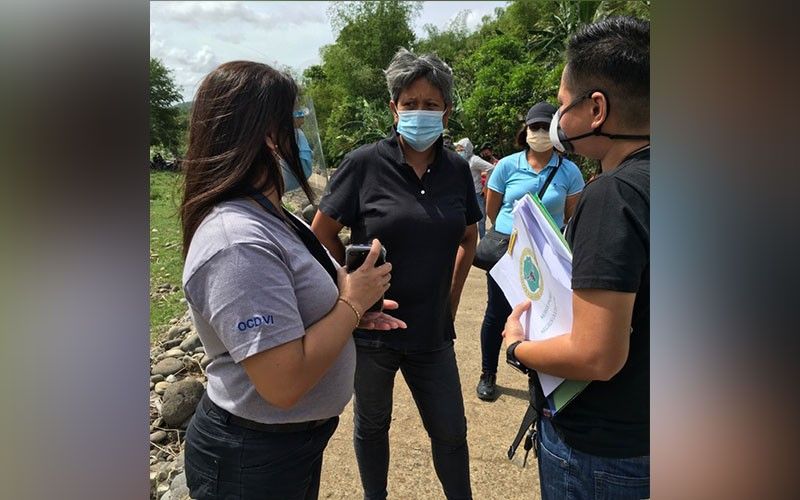 MOISES Padilla Mayor Ella Celestina Garcia-Yulo, together with Vice Mayor Adrian Villaflor, town councilors, and employees of the local government, welcomed the visit of the officer-in-charge of the Office of Civil Defense (OCD) in Western Visayas, Ma. Althea Nogra, on Wednesday, January 6, as the OCD was in town to validate the almost P300 million infrastructure projects requested by the town’s mayor from the National Disaster Risk Reduction and Management Office (NDRRMO).

Along with the OCD was the Regional Project Validation Team comprised of Engineer Melinda Ramirez from the Department of Interior & Local Government, Arnel Angelo Oralde from the Mines and Geosciences Bureau, Engineer Arnulfo Buenafe, Jr. from the Department of Public Works and Highways 2nd Engineering District, and company, who inspected the proposed rehabilitation of slope protection and eroded road at Barangay 1 overflow going to Barangay Inolingan, amounting to P96.2 million, as well as the proposed rehabilitation of roads from Barangay Crossing Magallon to Barangay 1 that will cost P70.5 million.

The proposed projects are part of the local government’s move in preventing and mitigating disaster impacts that affect their residents especially during typhoons and heavy rains. (PR)