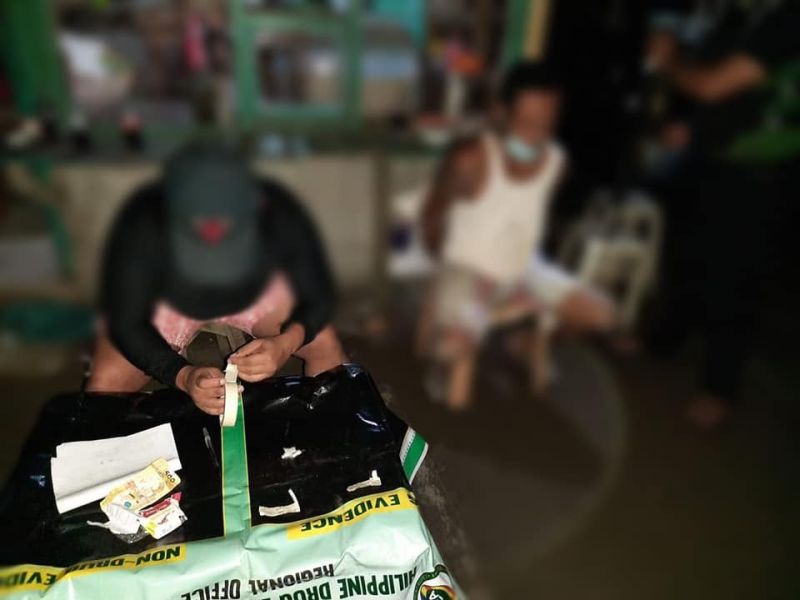 Confiscated during the operation were six sachets of shabu weighing 1.7473 grams, based on a chemistry report of the Philippine Drug Enforcement Agency (PDEA) in the region.

The drug evidence had an estimated market value of P11,881, according to PDEA.

Purchased from the suspect was a sachet containing suspected marijuana leaves worth P300.

The confiscated drug evidence has an estimated total market value of P1,600.

Representatives from the barangay and media were present during the markings and inventory of confiscated pieces of evidence, police said in the report.

The said buy-bust operation was also in coordination with PDEA.

Charges for violation of Republic Act 9165 or the Comprehensive Dangerous Drugs Act of 2002 will be filed against the suspects. (SunStar Philippines)