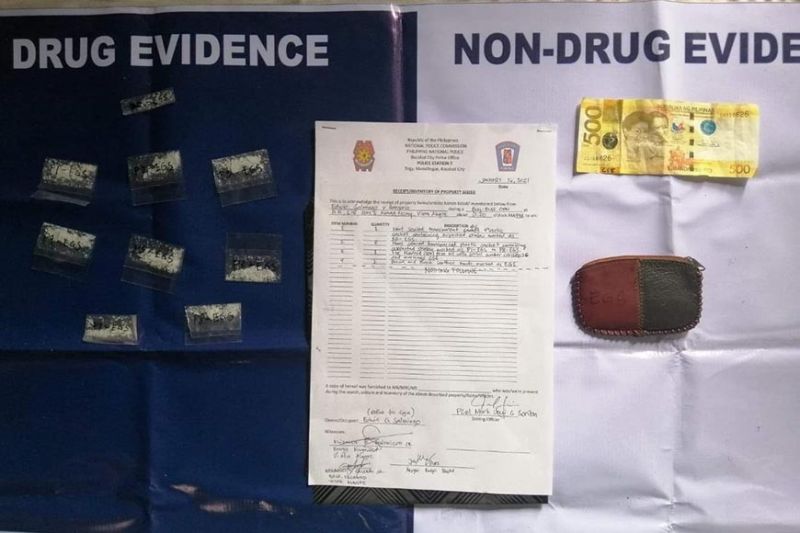 AN ESTIMATED P81,600 worth of shabu or methamphetamine hydrochloride was seized in a drug bust at Abada Escay, Barangay Vista Alegre, Bacolod City Saturday afternoon, January 16, 2021.

The operation also led to the arrest of Edwin Salmingo of Barangay Vista Alegre.

Police Lieutenant Colonel Ariel Pico, spokesperson of Bacolod City Police Office Office (BCPO), said the suspect was arrested in a joint operation by operatives of Police Stations 7 and City Drug Enforcement Unit after he sold a sachet of shabu to a police undercover at Abada Escay around 1 p.m.

The suspect was identified as a high-value individual in Bacolod City. He was under surveillance for almost a month before his arrest.

The suspect was detained at the custodial facility of Police Station 7. He will be charged for violation of Republic Act 9165 or the Comprehensive Dangerous Drugs Act of 2002.

Police identified the suspect as Joseph Saul, 43, of Barangay 40.

The suspect was arrested by virtue of arrest warrant for violation of RA 9165.

The arrest warrant was issued by Judge Eduardo Sayson of Regional Trial Court Branch 54, Bacolod City with no bail recommended.

The suspect was detained at the custodial facility of Police Station 6.