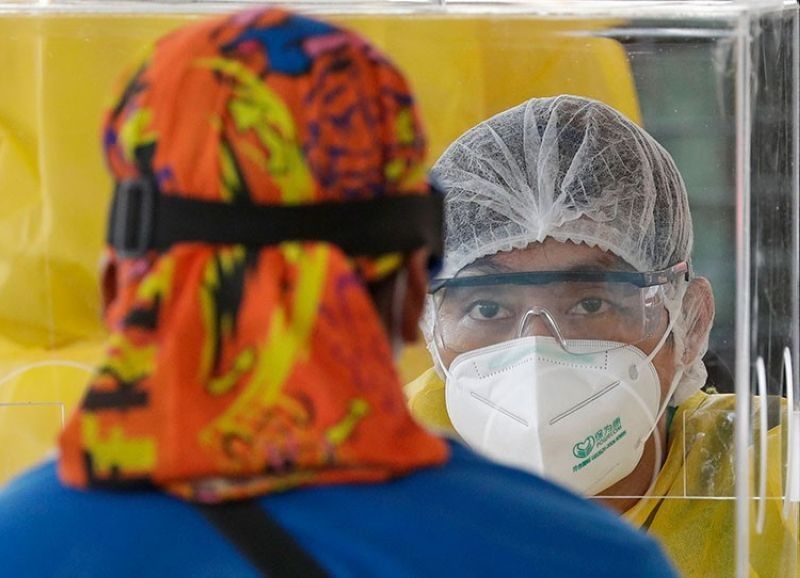 MANILA. A health worker ask questions of visitors as they conduct mass testing for Covid-19 in Manila, Philippines on Friday, May 8, 2020. (AP)

THE Department of the Interior and Local Government (DILG) should hire contact tracers who are familiar with the areas they were assigned to, Cagayan de Oro City Mayor Oscar Moreno said on Monday, January 18.

Moreno said it would also be best if the hiring of contact tracers is at least in coordination with the local government units.

"Kinahanglan men and women who are familiar with the ins and outs of the barangay and the sitio. Kay contact tracer, you're supposed to be the eyes and ears on the ground," Moreno said.

"I'm sure ang DILG is aware of that," he added.

He also said that when the DILG previously hired contact tracers, the local government unit has supported the aforementioned department agency and trainings were conducted.

Moreno also suggested to let the barangays nominate people that could be hired as contact tracers.