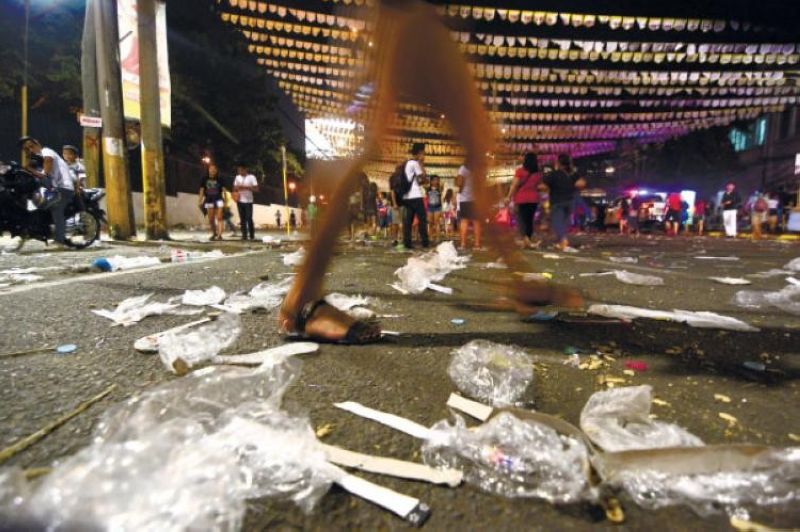 THE personnel of the Cebu City Department of Public Services (DPS) were spared from collecting tons of garbage after this year’s Sinulog celebration.

With no street parties and crowds on the streets Sunday, Jan. 17, 2021 due to the Covid-19 pandemic, the city streets remained clean.

On Jan. 17, DPS head John Jigo Dacua said, the DPS collected only an average volume of garbage in the city, which is 700 tons, the same as in ordinary days.

In the past years, the indiscriminate throwing of garbage by Sinulog revelers had always been a concern. Last year, the close to two million people who attended the 40th Sinulog Grand Parade on Jan. 19, 2020 left behind 131 metric tons of garbage on Cebu City’s streets, most of it along Osmeña Blvd., around the Fuente Osmeña Circle and Gen. Maxilom Ave.

Zafra, chairman of the committee on public order, said the public had been relatively compliant during the Fiesta Señor.

“Though we’re in a pandemic, the Cebuanos were still able to venerate and say their prayers to the Holy Child Jesus without sacrificing the basic health protocols,” said Zafra. (JJL)