Power rates in Negros Occidental up 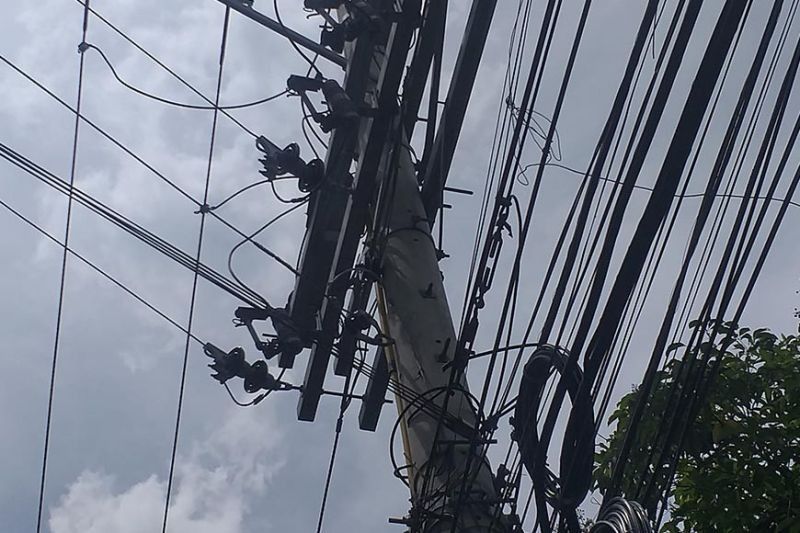 ELECTRIC consumers in Negros Occidental may incur higher bills this month as power distribution utilities (DUs) have announced an increase in their respective rates.

The Central Negros Electric Cooperative (Ceneco), which caters to the largest number of electric consumers in the province, reported that its average residential rate for January has increased by P0.6246 per kilowatt hour (kWh).

Lawyer Danny Pondevilla, acting general manager and project supervisor of Ceneco, said the power rate hike is attributed to the increase in generation, transmission, systems loss and other charges such as lifeline and senior citizen subsidies as well as value-added tax (VAT).

Pondevilla said that also part of the increase is the new Feed-In Tariff Allowance (FIT-ALL) rate, which increased to P0.0983 per kWh from its previous rate of P0.0495 per kWh.

This is per Energy Regulatory Commission (ERC) decision dated November 23, 2020, he added.

Ceneco covers cities of Bacolod, Bago, Talisay and Silay, and towns of Murcia and Salvador Benedicto.

The cooperative, in an advisory, said its pass-through charges for the month is equivalent to P9.2830 per kWh, higher than last month's P8.6584 per kWh.

"Only P1.1866 per kWh of the power rate goes to Ceneco through Distribution, Supply, Metering (DSM) charges and Reinvestment Fund for Sustainable Capital Expenditures (RFSC) for its administrative and operational services," it said, adding that since 2010, its DSM and RFSC rates have not increased.

The Negros Occidental Electric Cooperative (Noceco), which caters to electric consumers in the south, from Pulupandan to Hinoba-an, also announced an increase of P1.2018 per kWh this month.

Noceco general manager Jonas Discaya, in an advisory, said the main driver of the higher electricity rates this month is the P1.0215 per kWh increase in the generation charge, which moved from P3.1159 to P4.1374 per kWh.

Discaya said the upward movement in generation charge is due to increase of P0.4400 per kWh from Wholesale Electricity Spot Market (Wesm), and the resumption of normal operation of Palm Concepcion Power Corporation (PCPC) in which the share of its power contracted by Noceco was replaced by Wesm last month.

Other factors that contributed to the overall increase in rates are upward adjustments on system loss rate, with P0.1200 per kWh increases.

The subsidy rates and VAT on generation also increased by P0.0031 per kWh and P0.0918 per kWh, respectively.

Also contributing to the increase is the implementation of the new FIT-ALL rate of P0.0983 per kWh also in compliance to the same ERC order, he added.

The increase in the overall residential electricity rates, meanwhile, is cushioned by the decreases in transmission rate for residential customers - P0.0639 per kWh; VAT on transmission - P0.0195 per kWh; and price reduction in the Power Supply Agreement (PSA) with Kepco Salcon Power Corporation - P0.0205 per kWh.

Noceco advised its member-consumers to conserve energy and to be aware of their energy consumption to avoid paying high electricity bills.

"The generation and transmission rates are pass-on charges paid to the respective power suppliers and the National Grid Corporation of the Philippines. Thus, the collected amounts on these charges are not retained by Noceco," it said.

Catering to the remaining cities and towns in the north portion of the province, the Northern Negros Electric Cooperative (Noneco) is also projecting an increase in its power rate this month.

Paulino Almedelia, corporate planning manager of Noneco, said the price in Wesm will be back to normal from a slightly lower cost last month.

The cooperative has sourced out huge volume of power from the spot market since of the power suppliers have scheduled maintenance activities, he added.