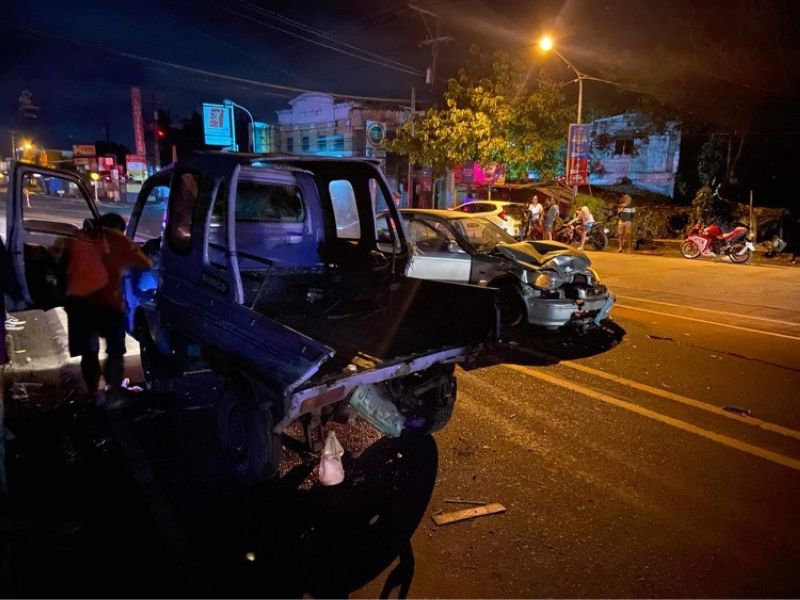 FIVE persons were injured in separate road accidents in Bacolod City in the past two days.

Police records showed Sombero was driving his Suzuki Carry vehicle along with Apuyon around 1:20 a.m. when they were hit by a Honda Civic vehicle driven by Martin John, 22, of Barangay Estefania.

Sombero was turning left toward the north direction of Araneta Street and was bumped at the rear portion by the Honda Civic vehicle, traveling south toward north of Araneta Street, the police said.

The victims sustained injuries. They were brought to the South Bacolod General Hospital.

On Sunday evening, January 17, three persons, including a minor, were also injured in a road accident on Economic Highway, Barangay Cabug, Bacolod City.

Injured were Elmer Delgado, 56, of Barangay Sum-ag; Richard Bionat, 31, of Barangay Cabug; and the boy whose name was withheld for being a minor.

Police records showed Delgado was driving his tricycle along with the minor around 7:55 p.m., traveling toward east. They made a U-turn when the ball cap of the minor fell on the road, they were hit by a Honda scooter motorcycle driven by Bionat.

Both drivers sustained injuries, including the minor. They were brought to the Corazon Locsin Montelibano Memorial Regional Hospital.