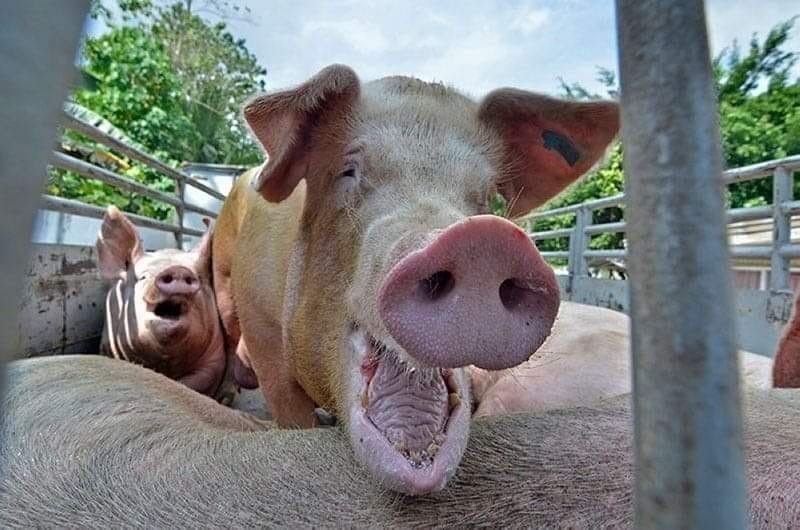 NEGROS. Following the confirmation of African Swine Fever case in Leyte, the Provincial Government of Negros Occidental implements a ban on entry of live pigs, boar semen, pork, and other pork-related products and food items from Eastern Visayas. (File photo)

IN A bid to further safeguard the P6-billion swine industry of Negros Occidental, the Provincial Government has prohibited the entry of live pigs, boar semen, pork, and other pork-related products and food items from Eastern Visayas following reports of confirmed case of African Swine Fever (ASF) in the nearby region.

Governor Eugenio Jose Lacson, in a memorandum issued Monday, January 18, said the Department of Agriculture (DA)-Eastern Visayas announced on January 15 the first case of ASF in the Visayas, particularly in Abuyog, Leyte.

Lacson said such incidence of ASF poses a great threat to Negros Occidental, being one of the major producers and gateway of live pigs supplied to Luzon, Central and Eastern Visayas.

The governor pointed out that pursuant to Provincial Ordinance 2019-024 or the "ASF Prevention Ordinance of Negros Occidental," other areas may be covered once affected with ASF.

The province, since 2019, has been banning the entry of pork and pork products coming from areas in Luzon and Mindanao hit by the dreaded disease affecting swine.

"You are hereby directed to ensure the implementation of preventive and safeguard measures as embodied in the ASF Prevention Ordinance," he told all local chief executives and members of the Provincial ASF Task Force.

In November 2019, Lacson and Vice Governor Jeffrey Ferrer signed the ordinance aimed at keeping the province free from the ASF virus.

Negros Occidental, the country's number one backyard hog producer, has enforced since September of the same year the ban on the entry of pork and pork products from Luzon, where the first positive cases of ASF were reported.

In February 2020, the province also prohibited the entry of live pigs, pork, and pork-based products from Mindanao.

Decena, who is the co-chair of the task force, stressed the importance of cooperation of the public, especially the industry stakeholders.

"Let us participate and be involved in the implementation of ASF ordinance and national policies regarding pig and pork products movement," he urged Negrenses.

The Provincial Veterinary Office (PVO) earlier reported that almost P5.6 million worth of incoming pork and pork products from areas hit by ASF were seized by the Provincial ASF Task Force.

The amount covers 32.641 tons of assorted pork products intercepted from January 1 to December 27, 2020.

Decena reiterated that maintaining the status as one of the few provinces in the country, which are still free from ASF, has opened new market opportunities and allowed local hog raisers to supply live pigs to different parts of Luzon.

The devastating effect of ASF outbreaks in Luzon resulted in a huge storage of pork supply in the area and increasing the price to almost double -- from P220 to P400 per kilogram.

"This opened new market opportunities for swine raisers in the province to supply hogs in Luzon," Decena said, adding that "it has enabled them to earn more because of the higher prices being offered by Luzon traders."

For the whole of Western Visayas, the swine industry is pegged at about P20 billion comprised mostly of backyard raisers, at 80 percent.